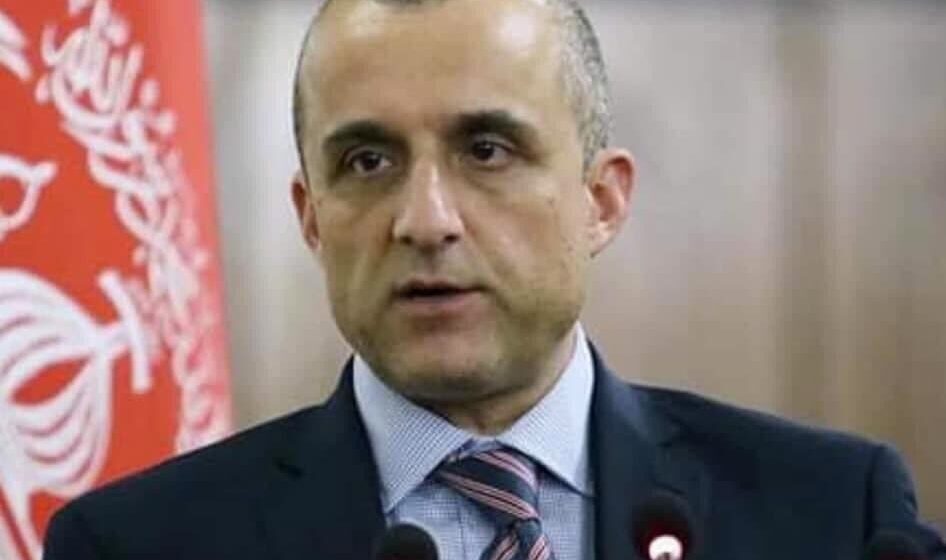 First Vice President Amrullah Saleh on Tusday said that the tactics of the Kabul University attackers were those of a new Taliban group created in Khost under the name “Fateh Zwak.”

IS-K (Daesh) had claimed that two of its fighters, Anas al-Panjshiri and Tariq al-Khorasani, were targeting newly graduates judges and lawyers of the “apostate Afghan government” in the attack on Monday. However, the Ministry of Interior (MoI) said there were three attackers and Saleh said the weapons present on the scene did not match the one in the IS-K declaration.

Saleh wrote on his Facebook page that the IS-K declaration was “fake” as they recovered a Taliban flag and the faces of the terrorists also do not match the photos released.

“The Taliban flag is one of the items found from the terrorist’ box,” Saleh said. “On the wall of the room, like other terrorist attacks, they wrote their last words, “Long live the Taliban!””

He said the tactic was the same as the Haqqani network’s and the operation is “100% similar” to the Fateh Zwak group in Khost.

In the past, IS-K operatives led by Salahuddin of Paghman district and Sanaullah of Shakardara districts of Kabul carried out such attack and they had close ties to the Haqqani network and were former members of the network, Saleh said

“Representatives of [NATO’s] Resolute Support were also present at the security meeting,” said the vice president.

“We have dozens of hard and soft pieces of evidence to prove that this crime was committed by the Taliban. But to attribute this crime to IS-K is just a declaration trying to cleanse the Taliban’s hands and conscience of this dark and heinous sin.”

He added that IS-K would not be able to operate without the Taliban in Afghanistan.

Saleh said it is unclear how the terrorists entered the campus but they are reconstructing the scene to try to understand.

“We will share the results with you on a daily basis,” he said.

The attack on Kabul University ended after six hours with 22 people killed and 22 injured.