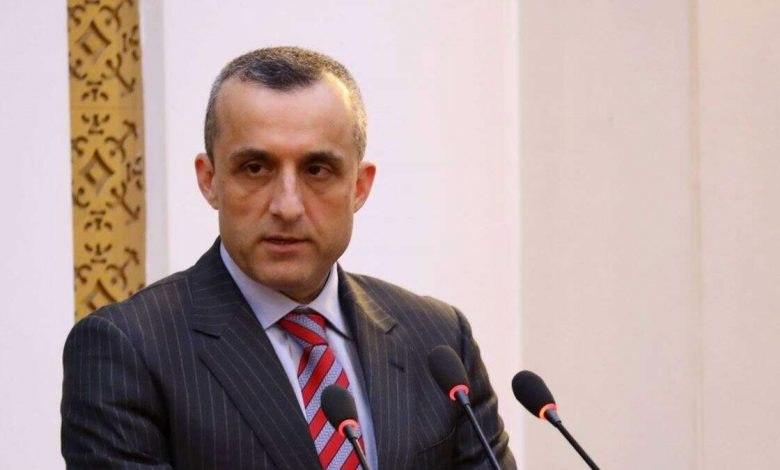 Saleh: Taliban Must Understand Negotiations Do Not Mean Surrendering To Demands

First Vice President Amrullah Saleh said that the Taliban must understand that negotiating with the group would not mean giving-in to their demands and ignoring the sacrifice of the people.

Speaking during the ceremony marking the 19th anniversary of the assassination of Ahmad Shah Massoud on Tuesday, Saleh said that compromise for the people meant living “in peace with our enemy under the blue sky and under an umbrella.”

It did not mean “ignoring the blood of the martyrs” and sacrificing the resources and values of the people.

Saleh said that the government will approach the talks from a strong position, expressing the values of the democracy and the people with “toughness, courage and eloquence.”

“In the negotiations, in the two official languages of the country, we are informing the Taliban that the republic is not a system of few individuals, but people from 34 provinces have sacrificed and are still sacrificing to establish it,” he added.

While emphasizing that peace did not mean compromising on their values, Saleh added that the government and the Taliban will turn to the people for the final say.

“The solution is to reach out to the people. If the Taliban claim to have a place among the people, they let them prove it,” he said.

The vice president said the Taliban could hold such consultations democratically, through voting, allowing the people to determine their status.

Fawzia Koofi, member of the Afghan government’s peace negotiating team, also spoke at the event and said the Taliban should respond positively to the voice of the Afghan people for peace.

Former vice president and leader of the Hezbe Wahdat party, Karim Khalili, said that neither side should stand in the way of peace.

Khalili, who chaired the High Peace Council, called peace a “serious need” of the people after years of being plagued by the war.

“Peace does not mean going back to the dark past, we will not go back to the past at all,” Khalili assured and said the war should still end to “establish lasting peace while maintaining justice.”

Their remarks come at a time when the intra-Afghan peace talks were expected to start but keep getting delayed due to issues being raised about the prisoner swap.