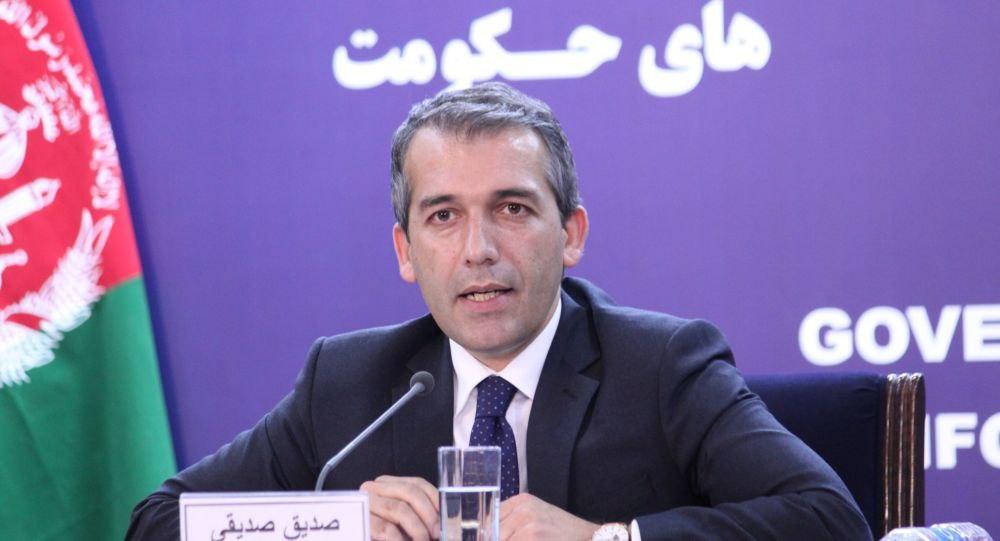 Sediqqi: Afghan Gov’t Waiting For Taliban To Prepare For Talks

Presidential spokesperson Sediq Sediqqi said the Afghan negotiating team was waiting for the Taliban to announce their readiness for the talks.

Addressing a news conference on Monday, Sediqqi said the government was fully prepared to start the direct negotiations.

“As a government, we have fulfilled all our responsibilities in the peace process. Our people and nation have made countless sacrifices to achieve peace,” he said.

Afghan negotiators have been pushing back their planned trip to Doha since the past week, citing “technical issues.”

Sediqqi added that the government’s technical team had gone to Doha, Qatar, a few days ago to work on the details and those had mostly been resolved.

“The presence of Taliban representatives in Islamabad and new changes in the group’s delegation were two major problems that delayed the start of talks in the past few days. These two problems are now solved. The issue of the release of prisoners, including six controversial prisoners, has also been resolved. There is no excuse for delaying the start of negotiations.”

He said the government had done their best and the delegation was ready and waiting for the Taliban to indicate that their preparations were complete.

“The main goal of the Afghan government is to start the peace talks, secure a ceasefire, end the war and the violence that is unfortunately still being continued by the Taliban… The goals of the Afghan peace process are a united, democratic and peaceful Afghanistan while preserving its past achievements in the region and the world.”

Later in his speech, Sediqqi also said that progress in the negotiations will be shared with the public to ensure “transparency.”

He welcomed the European Union’s declaration on Peace which calls on the Taliban to respect the will of the Afghan people and the UN, and proposes an immediate ceasefire.

Sediqqi also said the cabinet list was almost finalized with “one or two nominees” left and will then be sent to the Parliament for a vote of confidence.