Shunning Various Doubts, IEC Speaks up to Clear the Air

IEC spokesperson has come out with a statement making it clear that elections are sure to be held on October 20th, after election campaigns come to an end on 17th of October.

Recently, there was a report by TOLONews on the seemingly faulty and possibly unauthentic biometric devices. In response to such allegations, the IEC’s spokesperson rejected such claims of flaws in the devices. The spokesperson also added that the devices are genuine products of Germany. Additionally, it was also informed that that training for the devices will be completed by Thursday or Friday. 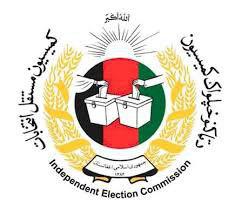 It was also informed that more than 200,000 observer individuals have received the cards to monitor the elections.

More than 200,000 have received cards to monitor the upcoming parliamentary election: IEC spokesman

Addressing the matter of interference by officials in elections, the spokesperson said that President Ghani has made a stern warning about those officials who are found to be biased or to interfere in the election process. Such officials can be dismissed if found guilty, according to the warning.

Speaking about the challenge of security during elections, the IEC chief officially announced that the elections will not be held in 10 disricts due to security concerns.