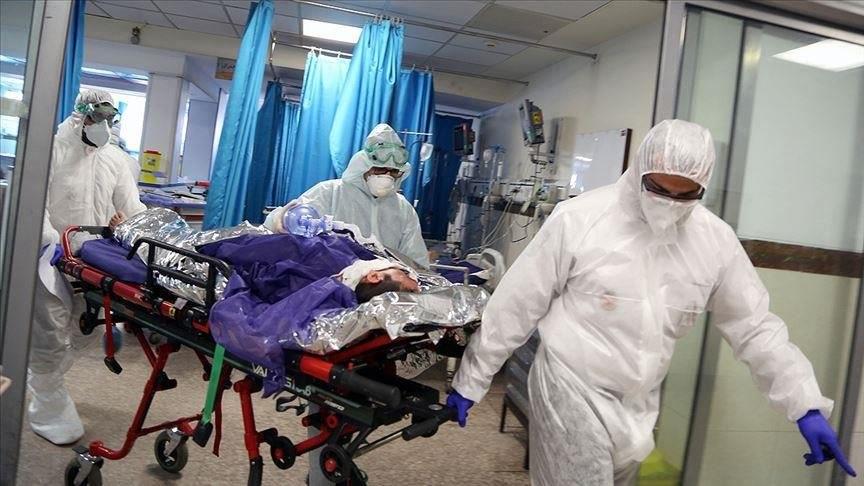 SIGAR: Humanitarian Disaster Looms In Afghanistan With One Of The Highest Positive Rates In The World

The COVID-19 pandemic is pushing millions of Afghans into poverty as they deal with dwindling cash and food supplies, said the latest quarterly report of the Special Inspector General for Afghanistan Reconstruction (SIGAR).

The number of reported infection rates and deaths remain low but this figure “may vastly undercount the true toll of the virus” the report suggests as testing capacity remained limited and many Afghans do not have access to medical facilities.

Commenting on the lack of an accurate death count, the head of a Kabul-based hospital dedicated to treating COVID-19 patients estimated that roughly 75% of those who died at the hospital had not been tested.

Available COVID-19 data points to rapid spread with undetected infection with up to 90% of potential cases not being tested.

Afghanistan’s positivity rate – or the proportion of tests that return a positive result divided by the total number of tests conducted – was nearly 43%, as of July 15, 2020.

This was one of the highest positivity rates in the world, based on data collected by Johns Hopkins University (JHU) and, separately, by the International Rescue Committee (IRC).

In addition, “the potential for disaster is heightened by the probability that the pandemic will have secondary effects on broader health outcomes,” SIGAR notes, with increased unemployment, food-supply disruptions due to border closures, and rising food prices, have exacerbated food insecurity, which was already impacted by the ongoing conflict and high poverty levels.

Describing the outlook as “dire,” the World Bank said South Asia would likely experience its worst economic performance in the last four decades and predicted that Afghanistan would be the worst regional performer in 2020, other than the Maldives.

Health officials have warned that the public was not paying sufficient attention to the crisis as the Afghan government has launched several information campaigns in urban and rural areas.

Many impoverished families have ignored government recommendations to stay at home because they will not be able to afford to feed their families if they do not work.

Despite the rising number of cases and government warnings, people are increasingly moving about in Kabul. The government food distribution plan has drawn many vulnerable families outside, putting them in severe risk of contracting COVID-19.

According to them, the group has released messages and videos as part of a public relations campaign highlighting its COVID-19 response, including enforcing quarantine.

“Yet, as aid officials have argued, it has been difficult to assess the effectiveness of the Taliban’s actions,” the report said.

The lack of testing and medical equipment to diagnose and treat COVID-19 patients is also a huge impediment.

SIGAR stated that the Ministry of Public Health (MoPH) has struggled to scale up testing and has been unable to go over 2,000 tests daily.

While the Afghan government approved the purchase of 500 ventilators in April, the country’s hospitals currently have only 300 ventilators to help patients.

The MoPH announced 35 positive cases from the 189 samples tested across Afghanistan in the past 24 hours.

According to the ministry, one person succumbed to the virus, while no new recoveries were reported.

Afghanistan currently has 9,918 active cases of Coronavirus with 25,509 recovered cases and 1,283 deaths.