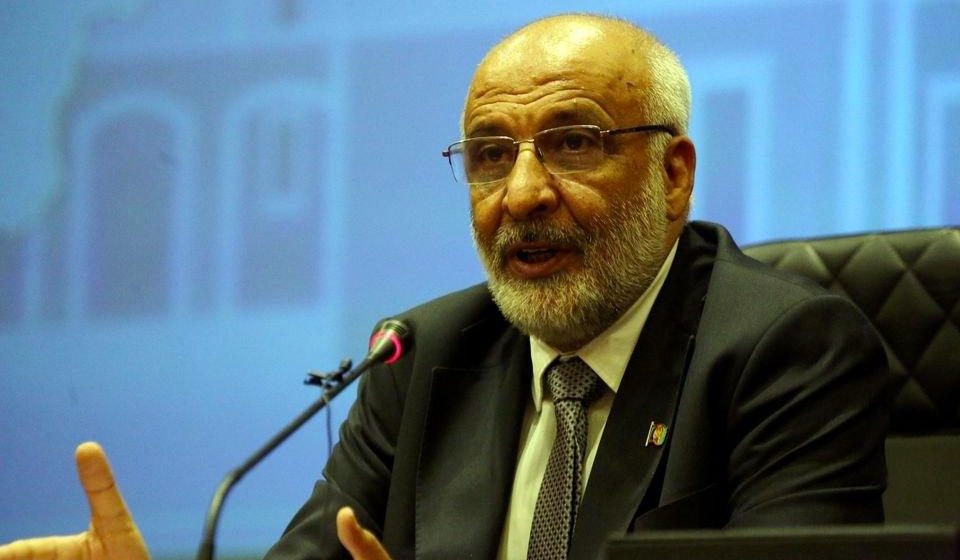 Chief Afghan peace negotiator Masoom Stanekzai told the Taliban delegation in their first formal meeting on Tuesday, that the current system of governance in Afghanistan must be preserved.

Stanekzai in his speech to both negotiating teams, called for an end to the war and bloodshed in Afghanistan and said that was the “biggest and most important priority” for Afghans.

He said that after the end of the war, the security and safety of the people would be taken into account and then they will decide on the withdrawal of foreign troops.

“We must have a comprehensive dialogue on this issue,” he said.

Noting the death toll, he said “who killed more or less is not debatable” but rather the question should be “why and for what crime are Afghans being killed.”

The head of the government’s negotiating team used the term “compatriots” to address the Taliban, saying that given the grievances and problems in the country, they need to come to an agreement that will end the war and work towards the reconstruction of Afghanistan.

He said the government was committed to achieving a lasting peace and has backed this by releasing Taliban prisoners. However, he expressed hope that the released Taliban prisoners would not return to the battlefields.

“As you know, one of the key secrets to the success of negotiations is a strong commitment to peace and both sides must have a common understanding to achieve peace. If this principle does not exist, then no matter how hard we try, peace will not be possible,” Stanekzai said.

He added that it was natural for each side to insist on its own principles, values and aspirations and try to get the most out of its demands.

“But we must also keep in mind that our demands, based on past experiences, are only for the sake of Allah and the country, not for personal gain.”

The head of the government’s negotiating team said that Afghanistan has a system with broad foundations and strong infrastructure in which the rights and freedoms of all citizens of the country are protected based on Islamic beliefs and values.

He also clarified that the “Islamic Republic” government of Afghanistan, its system and constitution were recognised around the world, unlike during the Taliban regime when “this country was in complete isolation” internationally.

“The system of republic and the existing constitution of the country is the connecting point of our nation,” Stanekzai said, adding to the point that Afghanistan had taken enormous strides in Islamic education.

He also said the current constitutional law passed by the Loya Jirga, the “highest and most important decision-making authority” has no precedent in the country’s history.
This law is “one of the most authoritative laws in terms of Islamic values, both at the regional level and in comparison with the eight constitutional laws that make Islam the religion of the state” the negotiator said.

Addressing the Taliban and other members of the delegation, the head of the government’s negotiating team stated that peace should not be a step backwards and lead to the destruction of existing structures, but it should revive- reform and strengthen them within the framework of the Islamic system.