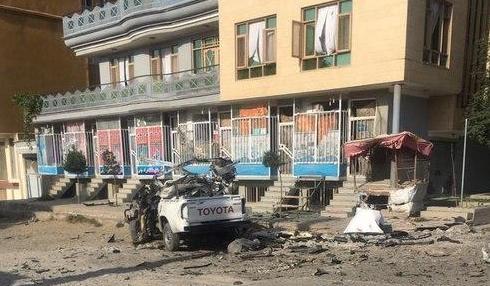 Surge in Explosions on the Eve of Intra-Afghan Talks; No Group Takes Responsibility

As intra-Afghan talks approach, in recent weeks, bombings and the use of magnetic IEDs in Kabul and a number of other Afghan cities have increased. These mines are mainly attached to government military and civilian vehicles in the centers of cities, including Kabul, and are detonated in various places.

In the latest cases, a civilian Folder type vehicle hit a roadside bomb in the Zalkhan area of ​​Kandahar’s Panjwayee district this morning, killing four people, including a child and three women, and injuring six others, including four children, a woman and a man.

On Wednesday night, a Vehicle Borne Improvised Explosive Device (VBIED) went off in PD4 of downtown Farah while passing by a police Ranger vehicle, killing four policemen and injuring 22 others, according to an Interior Ministry spokesman.

Kabul has also seen an average of explosions in recent weeks, defusing roadside and magnetic mines, but the Interior Ministry says the number of explosions has decreased in the past few days.

Although no group has claimed responsibility for the blasts, the Interior Ministry says the blasts were carried out by criminal networks and the Taliban.

“In terms of ​​explosions, especially magnetic mines, which took place in Afghanistan, especially in Kabul, there is a wave of psychological violence perpetrated by the enemies of the Afghan people,” Interior Ministry spokesman Tariq Arian told Reporterly on Thursday.

Taliban Are Responsible for the Blasts

Although the Taliban has not officially claimed responsibility for any of these incidents, Arian added that the Taliban and other terrorist groups are involved in the bombings.

The Interior Ministry spokesman stressed that a large number of IEDs had been defused in recent weeks and that some networks directly involved in the blasts had been arrested.

Arian cited that the explosions have decreased and efforts are underway to eliminate the networks and individuals involved in the incidents.

175 civilians were killed and wounded in the past two weeks

The spokesman for the Interior Ministry said that 80 people had been killed and 95 others injured in the past two weeks following a reduction in violence across Afghanistan.

According to him, in the last month alone, 200 roadside bombs have been defused across Afghanistan.

Trying to change the situation

Arian pointed out that after the implementation of the plan, the security pact will be implemented in Herat province soon and efforts are being made to change the situation in this province as well.

On the other hand, the National Security Council said in a press release that on Wednesday’s meeting, the leadership of the security sector discussed the security of highways and the prevention of terrorist attacks by magnetic mines.