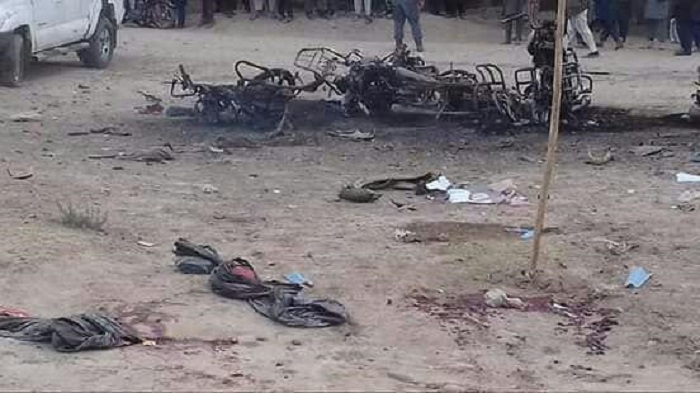 An explosion which was facilitated by material embedded in motorbike took place in the Rostaq district of Takhar province has claimed 14 lives and left 35 wounded as per police statement.  The attack was targeted at a female parliamentary election candidate, Nazifa Yosufi Bik’s election rally.

According to the Police Chief Nizamuddin Ghuri, the candidate was not injured and is safe. Among those killed was an NDS officer and some policemen.

This is the second incident in this week in which an explosion targeted an election rally. The previous incident this week took place in Lashkar Gah district of Helmand in which candidate Salem Mohammad Achakzai’s office was targeted, resulting in the death of the candidate along with 7 others.

Although security provisions have been taken up by the government and IEC, even the UNAMA has expressed concern over the security situation before the elections take place. There are also many clearing operations being carried out by the forces in various provinces which has resulted in the death and injury of more than 150 terrorists and insurgent since a fortnight.