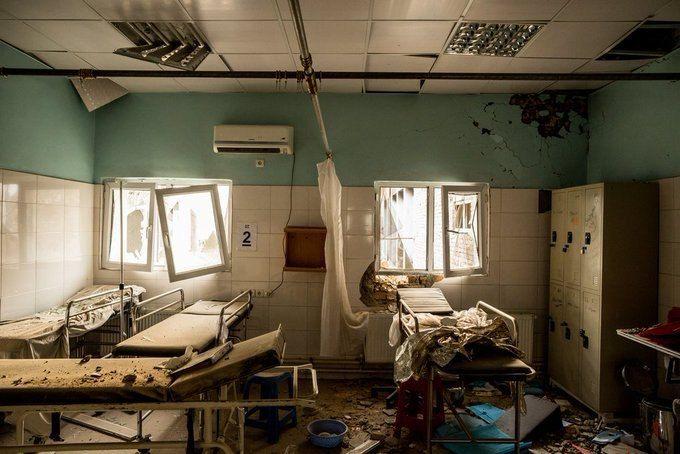 Taliban denied the UN Special Report that attributed 12 deliberate attacks on healthcare facilities and workers to the group.

“We do not consider this claim and report to be inaccurate,” the group said about the new special report released on Sunday by the UN Assistance Mission in Afghanistan (UNAMA) presents the findings of its monitoring of all incidents of the armed conflict affecting healthcare from March 11, the date on which the World Health Organization declared COVID-19 a global pandemic, to May 23, the start of a three-day ceasefire between the Taliban and the Government of Afghanistan.

UNAMA said it was “gravely concerned by recent deliberate attacks on healthcare personnel and facilities, especially in the context of the COVID-19 pandemic” as the situation deteriorated since the first quarter of 2020.

The report said the Taliban continued abducting healthcare workers and attacked a pharmacy; the Afghan national security forces carried out deliberate acts of violence and intimidation affecting a healthcare facility, workers and the delivery of medical supplies; and unknown gunmen attacked a maternity ward in the Dasht-e-Barchi hospital in Kabul, resulting in dozens of civilian casualties.

“At a time when an urgent humanitarian response was required to protect every life in Afghanistan, both the Taliban and Afghan national security forces carried out deliberate acts of violence that undermined healthcare operations,” said Deborah Lyons, the Secretary-General’s Special Representative for Afghanistan and head of UNAMA.

“There is no excuse for such actions; the safety and well-being of the civilian population must be a priority.”

The most abhorrent attack, on a maternity ward at the Médecins Sans Frontières-run hospital in Kabul, remains unattributed.

The UNAMA report emphasizes that deliberate acts of violence against healthcare facilities, including hospitals and related personnel, are prohibited under international humanitarian law and constitute war crimes.

“Perpetrating targeted attacks on healthcare during the COVID-19 pandemic, a time when health resources are already stretched and of critical importance to the civilian population, is particularly reprehensible,” said Fiona Frazer, UNAMA Chief of Human Rights.

The report underscores that the harm caused by attacks on healthcare, particularly during a health pandemic, extends well beyond the direct victims of those incidents.

It stresses that even with an ongoing conflict, the people of Afghanistan have the right to the highest attainable standard of physical and mental health under international human rights law. The enjoyment of such a right is severely compromised by the incidents described in this report.

The report sets out that parties are obliged under international humanitarian law to protect healthcare facilities and personnel from harm and urges them to immediately cease such deliberate attacks.

Moreover, UNAMA sent an urgent plea to the warring groups to heed the UN Secretary-General’s call for a global ceasefire so all attention and resources can be directed toward fighting the COVID-19 pandemic and prevent further harm being caused to the people of Afghanistan.