Latest Stories » Taliban Should Be Reintegrated Into Afghan Society With US Help: SIGAR 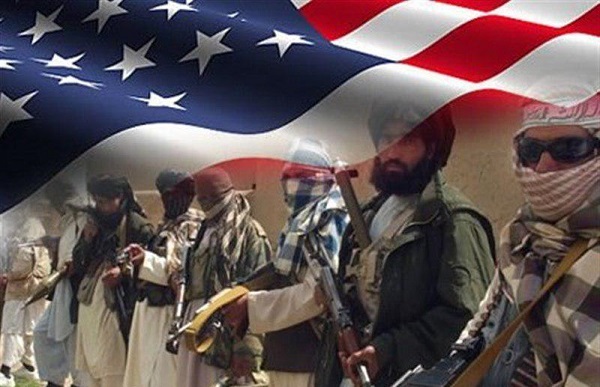 Taliban Should Be Reintegrated Into Afghan Society With US Help: SIGAR

Taliban fighters could join other militant groups in Afghanistan, such as the Islamic State group, if the United States does not help prepare to reintegrate them into Afghan society once a peace deal has been struck, a U.S. watchdog said this week.

“If ex-combatants are not accepted by their communities or are unable to find a new livelihood, they may be vulnerable to recruitment by criminal groups or terrorist organizations like the Islamic State,” a report by the Special Inspector for Afghanistan Reconstruction cautioned.

As per Stars & Stripes, recent talks between American and Taliban officials aimed at ending the U.S.’s longest war highlighted the need to incorporate an estimated 150,000 insurgents into the military, government and other areas, to make enduring peace likely, said the report released Thursday.

Drawing on lessons from the war, which will go into its 19th year on October 7, SIGAR called on Washington to immediately start planning for risks and challenges associated with eventual reintegration as soon as possible, the report said.

The report was the first comprehensive government study of all post-2001 reintegration programs in Afghanistan.

The United States has spent roughly $65 million on such programs during the 18-year war, targeting both the Taliban and pro-government militias, the report said.

“None of these reintegration programs succeeded in enabling any significant number of ex-combatants to socially and economically rejoin civil society,” SIGAR said.

New efforts are also likely to fail unless the Taliban first reaches a peace settlement with the Afghan government, it said.

“Without a peace agreement in place, any proactive effort to reintegrate Taliban fighters may backfire, since the Taliban leadership still view reintegration as surrender,” SIGAR said.

The absence of a comprehensive political settlement or peace agreement was the “key factor” in the failure of previous programs that sought to reintegrate the Taliban, SIGAR found. Other important factors were insecurity, a weak economy and limited government capacity to implement programs.

“Many factors that contributed to the failure of previous reintegration programs persist to this day, creating an environment that is not conducive to a renewed reintegration effort while the insurgency is ongoing,” SIGAR said.

Regardless of the status of the peace negotiations, not having a plan for the eventual reintegration of Taliban fighters into Afghan society could pose a risk to the U.S.’s development efforts in Afghanistan, SIGAR warned.

U.S.-funded development programs in the country should “take into account the circumstances and needs of former combatants and their families,” and Washington should lend its support to a transitional justice process, led by the Afghans, “which will be critical to underpin successful long-term reintegration,” the report said.

SIGAR also recommended that the U.S. finally designate an office to handle reintegration matters.
Even after nearly two decades of war, “the U.S. government has no lead agency or office for issues concerning the reintegration of ex-combatants,” the report said. “In Afghanistan, this has contributed to a lack of clarity about reintegration goals and their relation to reconciliation.”