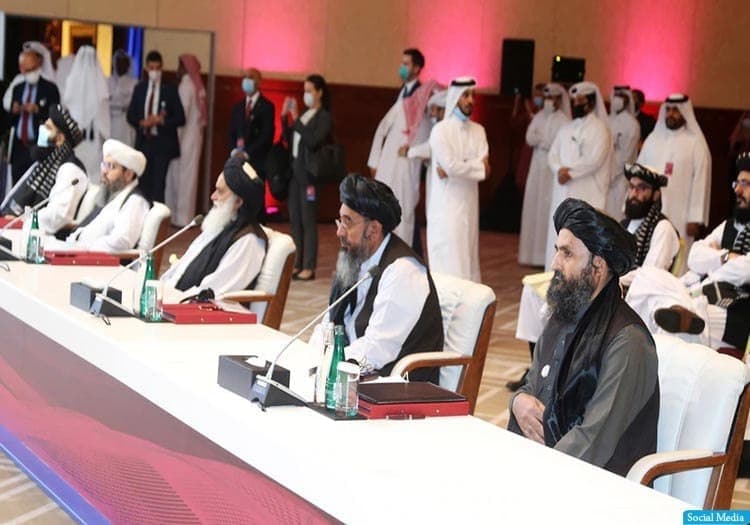 Taliban to New US Administration: Implementing Doha Deal To End War in Afghanistan

The Taliban group has called on the new US administration to pave the way for an end to the war in Afghanistan by implementing the Qatar agreement.

The group in a statement said that they emphasize to the new US administration that the withdrawal of “all US forces” from Afghanistan, avoiding interference in Afghan affairs and preventing the use of Afghanistan as a threat to the US is in the interest of Afghanistan and the US as well as the people of both countries.

“We are committed to the Qatar Agreement and see it as a good basis for resolving the Afghan problem, and we prefer that the internal problem be resolved through dialogue. We want positive relations with all countries, including the United States in the future,” the statement reads.

The Taliban said the implementation of the US-Taliban agreement “is the most reasonable and effective tool for ending the conflict with the US,” referring to their fight against US forces.

Recently, Sarwar Danish, the second vice president, had called on the new US administration to review the Afghan peace talks.

In an event on Monday, Danish expressed his hope that by reviewing the peace talks, the existing problems would be resolved and that all parties would support the peace process more responsibly, more accurately and based on facts and realities.

It has been more than two months since the Afghan government and the Taliban held talks in Qatar; But the two sides have not yet agreed on how to negotiate.

The Government of Afghanistan has expressed the hope that with the victory of Joe Biden in the US presidential election, there will be better changes in relations between the two countries, especially in US support for peace talks.