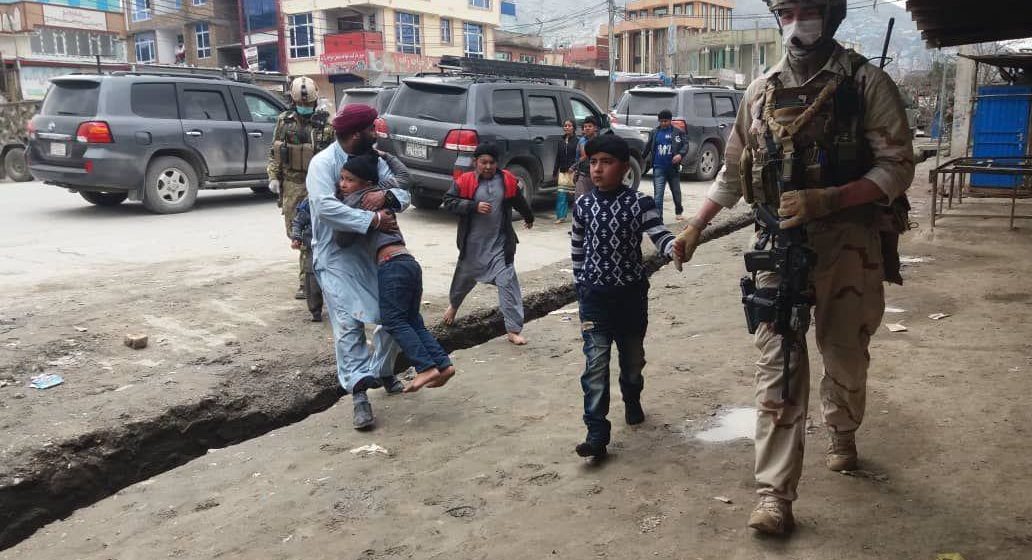 The Sikh temple (Dharamshala) in Kabul’s Shorbazar area in the Police District 1 of Kabul city, at a distance of just one kilometer from the presidential palace, came under complex suicide attack on early Wednesday, killing 11 people and wounding more than a dozen.

The attack ended after six hours of clash, as Narindra Singh Khalsa, a representative of the Hindus and Sikhs at the Lower House of Parliament, declared that all those who were inside the temple might have been killed. Though the Taliban have rejected involvement in the attack, but security sources have told media outlets that the attack was carried out by the Haqqani network.

Today’s attack is the latest in a series of targeted killings of Sikhs in Afghanistan. Sattwan Singh, the brother of Narindra Singh Khalsa, a member of the Afghan Parliament, in a phone call with the Reporterly criticized the government, saying about fifty people, including women and children have been trapped inside the temple.

Dharamshala is one of the few temples of worship for Sikhs and Hindus in Afghanistan, but also home and place of living for some. This means that most Sikhs do not have homes in Kabul and live in Dharamshala.

Today’s bloody incident is not the only attack on the Sikhs, but the largest attack was the 2018 attack in Jalalabad, in which 19 senior leaders of Sikhs were killed.

Most of the attacks against the Hindus were carried out under Muhammad Ashraf Ghani’s reign of power. Many citizens and human rights organizations say the government has been failed in protecting the ethnic and religious minorities and have called for strict measures to protect the groups. In response to today’s attack, Amnesty International said the authorities are responsible for protecting the minorities, places of worships and punishing perpetrators of the attacks.

The latest statistics show that the Afghan Sikh community and Hindu societies reach less than 700 people and they have completely lost hope and confidence from the Afghan government. Sikhs and Hindus had widespread immigrations during the years of conflict in the last four decades. But of the few remaining families in Kabul, Jalalabad, Ghazni, etc., 60.7 percent have said they would migrate from Afghanistan if the opportunity arose. However, in the 1980s, about 200,000 Sikhs and Hindus have lived in Afghanistan.