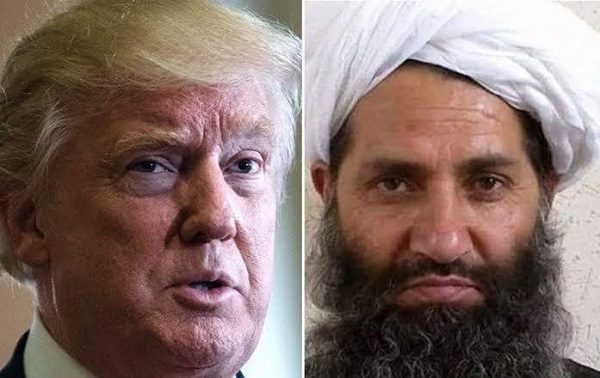 U.S. President Donald Trump on Saturday said he would be personally meeting leaders of the Taliban in the near future and rejected criticism of a deal that the United States signed with the insurgents in Afghanistan.

He spoke hours after U.S. and Taliban representatives signed a deal that could pave the way towards a full withdrawal of foreign soldiers and move closer to ending the 18-year war in Afghanistan.

Trump said in a news conference at the White House that the agreement should allow the United States to draw down its troops in Afghanistan from 13,000 to 8,600. He held out the possibility of withdrawals beyond that number, but said the United States could quickly move forces back into the country if needed.

In later remarks at a conservative political conference in suburban Maryland, Trump said if the Taliban lives up to its commitments the war will “be over.”

“We can’t be the policeman for the world,” he said.

Trump has frequently expressed a desire to put a halt to “endless wars” and has said he has been personally struck by meeting wounded soldiers who are missing limbs on his visits to Walter Reed Medical Center.

Trump’s willingness to meet Taliban leaders at the presidential retreat in Camp David, Maryland, last year was a factor in Bolton’s exit from the White House. Taliban violence in Afghanistan prompted Trump to cancel that meeting.

“Nobody should be criticizing this deal after 19 years. He had his chance, he didn’t do it,” Trump said of Bolton.

Trump did not say where he would be meeting leaders of the group that has fought the American presence in Afghanistan since war broke out following the Sept. 11, 2001, attacks on the United States.

Many expect the forthcoming talks between the Afghan sides to be more complicated than the initial deal. But Trump said he thought the negotiations would be successful because “everyone is tired of war.”