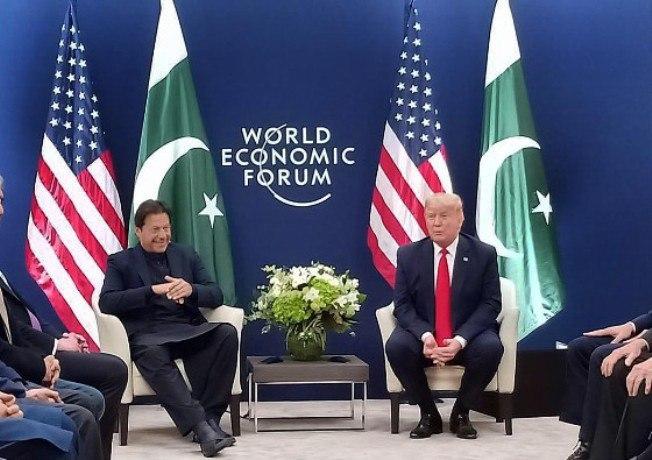 U.S. President Donald Trump has met with Pakistani Prime Minister Imran Khan and discussed a range of issues including Afghanistan and India.

Ahead of bilateral meeting on the sidelines of the Davos economy forum in Switzerland, Trump told reporters both countries enjoy a “great relationship” and are “getting along very well.”

“We have never been closer with Pakistan the way we are right now. We are very close right now because of the relationship we have,” said Trump.

In the meantime, the Pakistani prime minister, in his remarks, said,”Fortunately the USA (United States of America) and Pakistan are on the same page on Afghan issue. Transition talks are being held between the Afghan government and Taliban.”

He reiterated his government’s resolve that Pakistan wished for peace in the region and would continue playing its role for South Asia’s stability.

On the other hand, the US president referred to Prime Minister Imran Khan as his friend and said he would speak to Indian Prime Minister Narendra Modi about the prevailing situation in Kashmir.

“What’s going on between Pakistan and India … if we can help, we certainly will be willing to. We have been watching it very closely and it’s an honour to be here with my friend,” he said.

He is expected to visit India later this month, marking his first visit after taking up his post in the White House. This was the third meeting between the two leaders. The last time President Trump and Prime Minster Imran Khan met in 2019.