Latest Stories » Trump: No Timeline, No Rush for US Withdrawal from Afghanistan 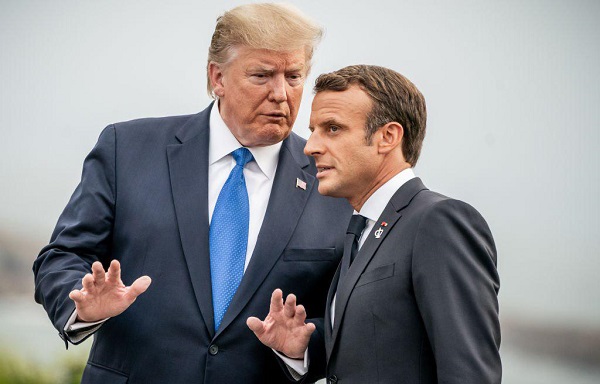 Trump: No Timeline, No Rush for US Withdrawal from Afghanistan

The US President Donald Trump on Monday said there is no timeline for US forces’ to withdraw from Afghanistan.

Speaking to reporters in France, Trump dismissed reports that a U.S. troops drawdown timetable has been finalized in talks with the Taliban.

“No timeline whatever it is. No rush,” Trump said.

“We are there, we are really a police keeping force more than anything else frankly. So, we could win that war in a very short period of time but I am not looking to kill 10 million people. Okay. We are working along with the Taliban, with the (Afghan) government and we will see what happens,” Trump clarified.

He made these remarks during a press conference on the last day of the 45th G7 summit, which is being held from August 24–26 in France.

This comes after U.S. special envoy to Afghanistan Zalmay Khalizad rejected reports that the US will stop supporting Afghan security forces if they reach to an agreement with Taliban.

“We will defend Afghan forces now and after any agreement with the Taliban,” Khalilzad tweeted during the ninth round of dialogue and reassured that all sides agree Afghanistan’s future will be determined in intra-Afghan negotiations.

The United States formally ended its Afghan combat mission in 2014 but about 14,000 U.S. troops remain in the country, mainly training and advising government forces battling the Taliban, an affiliate of the Islamic State group, and other militants. Some U.S. forces carry out counterterrorism operations.