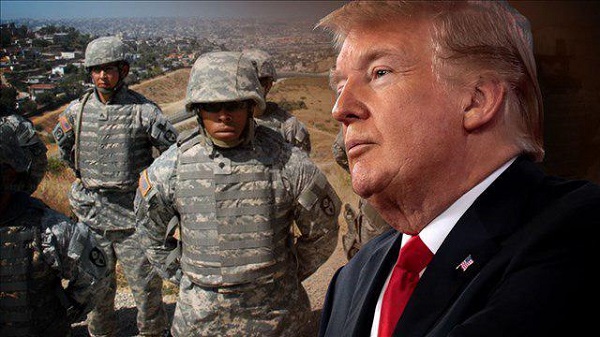 US President Donald Trump has indicated that there will not be complete withdrawal of American forces from Afghanistan, stating the US has to “have a presence” in the war-torn country.

The US will always have intelligence, and will always have somebody there, Trump told reporters as his Oval office on Tuesday night. He was responding to questions on the ongoing peace talks with the Taliban in Afghanistan and said he would like to look at various alternatives.

He said that US have brought numbers down is are bringing some of its troops back. “But we have to have a presence,” Trump said rulling out a complete withdrawal of troops from Afghanistan.

He was asked, “Could we be back to where we were pre-9/11 with the Taliban in complete and total control of Afghanistan?”

“Well, that’s what we have to watch,” Trump responded.

Trump said, right now, the US is negotiating with the Afghan government and with the Taliban. “We will see what happens from it, what’s coming from it,” he said, while adding that Afghanistan is a tough place.

He pointed how the Soviet Union became Russia because of Afghanistan and clarified that the US is looking at different things and positions in Afghanistan.

“We have been there for 18 years. It is ridiculous. We have taken it down a notch. We are at about 13000 people right now. NATO has some troops there too, by the way. We are having good discussions. We will see what happens,” he said.

Trump reiterated that this war is not to be nuclear. He added, his controversial remark that they could win that war in a week if they wanted to fight it, but since he does not want to kill 10 million people, that is not an option.

“It is a war that has been going on for almost 19 years now, and, frankly, it’s ridiculous. But, with that being said, it is a dangerous place, and we have to always keep an eye on it,” Trump conceded.