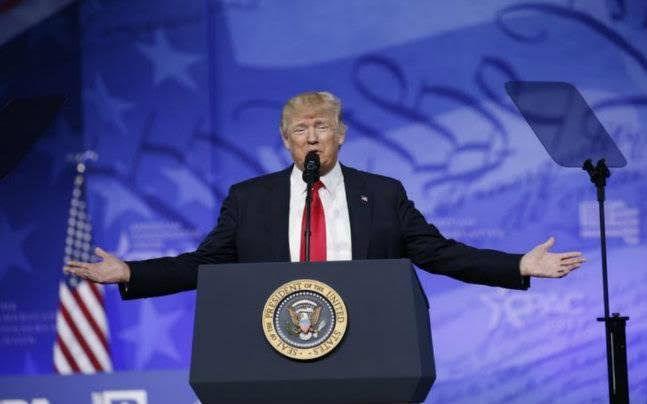 President Donald Trump said the U.S. and Taliban are “pretty close” to signing an agreement to formally end the war in Afghanistan.

U.S. and Taliban leaders intend to sign a peace deal on Feb. 29, provided that a week-long reduction in violence that started early Saturday remain in place. Trump in September pulled out of plans for Camp David peace talks with the Taliban after a U.S. soldier was killed in a suicide bombing.

Speaking at a press conference in India, Trump said that the US will bring down the number of its troops in Afghanistan to 8,600. “From there we will make a decision as to what the final outcome would be,” he said.

“We will always have intelligence there, we will have other things there,” Trump said. “We want to watch the area, the area is a hotbed of problems.”

The deal is expected to be signed on February 29 following the ongoing seven-day reduction in violence.

He said that the peace deal with the Taliban is supported by all.

“Everybody is happy about it… because we have been there for 19 years and everybody would like to see it happen,” Trump said, suggesting the role of US forces in Afghanistan were serving as law enforcement agency

Trump, however, warned that “when we bring them (US troops) home, we will let them (militants) know that if something happens, we will hit them so hard.”