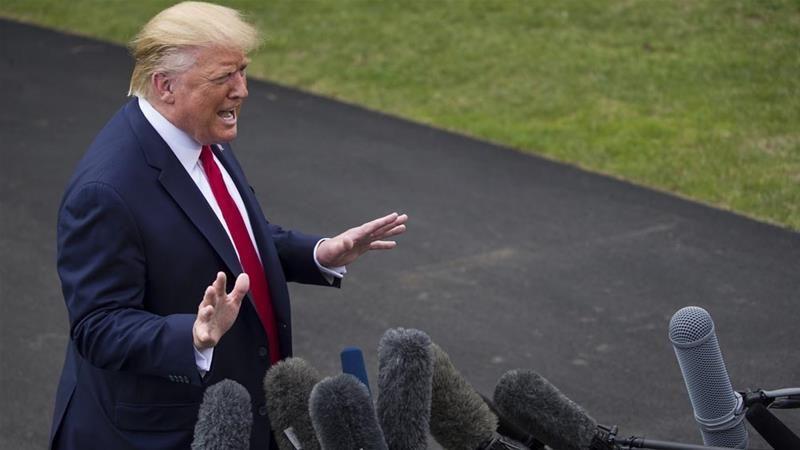 Trump: Taliban Could ‘Possibly’ Seize Power after US Troops Leave

US President Donald Trump has said the Taliban could “possibly” overrun the United States-backed Afghan government after foreign troops withdraw from the country as part of a deal signed last week.

“Countries have to take care of themselves,” Trump told reporters at the White House on Friday. “You can only hold someone’s hand for so long.”

The US-Taliban deal signed in Qatar’s capital last week would see US and NATO forces completely withdraw over a 14-month timeline to end the 18-year-long Afghanistan war.

Asked if the Taliban could eventually seize power from the current US-backed government, Trump said it is “not supposed to happen that way but it possibly will”.

Trump, who on Tuesday had a “good talk” during a phone call with a senior Taliban leader, added he did not know if the Afghan government had the ability to defend itself from fighters after foreign forces pull out.

“I don’t know. I can’t answer that question,” he said. “We’ll have to see what happens.”

Trump’s statement came hours after nearly 30 people were killed in capital Kabul during an attack claimed by the ISIL (ISIS) group.

It was the deadliest attack in Afghanistan since the signing of the US-Taliban peace deal on February 29.