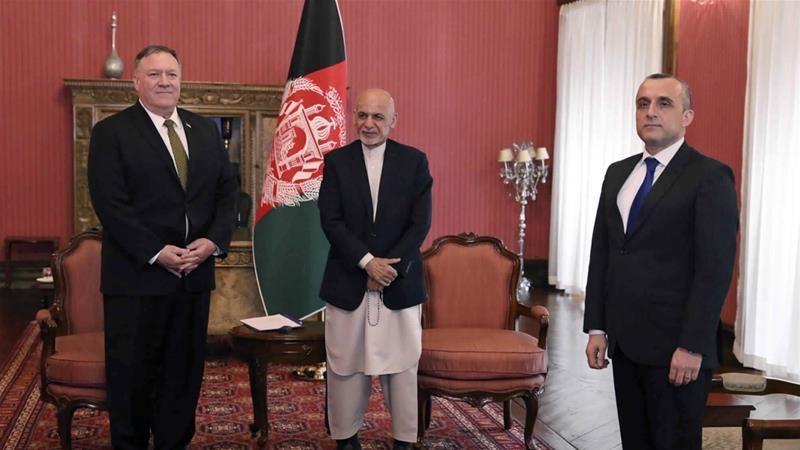 U.S. Cuts $1 Billion in Assistance to Afghanistan After Pompeo’s Visit to Kabul

The United States announced that it is cutting $1 billion in economic assistance to Afghanistan in reaction to ongoing political impasse, the State Department said.

According to a statement released by State Department, Washington is prepared to further reduce its assistance to Afghanistan by additional $1 billion next year.

“The United States deeply regrets that Afghan President Ashraf Ghani and former Chief Executive Abdullah Abdullah have informed Secretary Pompeo that they have been unable to agree on an inclusive government that can meet the challenges of governance, peace, and security, and provide for the health and welfare of Afghan citizens,” the State Department said in a statement.

“The United States is disappointed in them and what their conduct means for Afghanistan and our shared interests,” the statement said, adding that “Their failure has harmed U.S.-Afghan relations and, sadly, dishonors those Afghan, Americans, and Coalition partners who have sacrificed their lives and treasure in the struggle to build a new future for this country.”

The statement further added “Because this leadership failure poses a direct threat to U.S. national interests, effective immediately, the U.S. government will initiate a review of the scope of our cooperation with Afghanistan.”

“Among other steps, we are today announcing a responsible adjustment to our spending in Afghanistan and immediately reducing assistance by $1 billion this year. We are prepared to reduce by another $1 billion in 2021,” the State Department said.

It also added “We will also initiate a review of all of our programs and projects to identify additional reductions, and reconsider our pledges to future donor conferences for Afghanistan. We have made clear to the leadership that we will not back security operations that are politically motivated, nor support political leaders who order such operations or those who advocate for or support parallel government.”

Both Abdullah and Ghani held oath taking ceremonies in capital Kabul on 9th of March, further fueling political tensions amid ongoing efforts to find a negotiated political settlement to ongoing violence in the country.