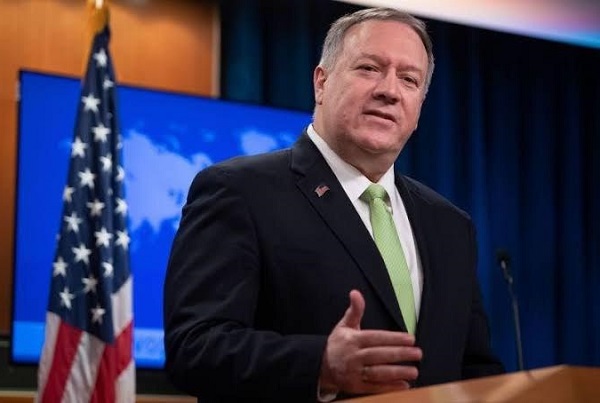 U.S. Demands ‘Evidence’ From Taliban On Cease-Fire Before Deal

U.S. Secretary of State Mike Pompeo has demanded “demonstrable evidence” from the Taliban that it will lower the violence level in Afghanistan before signing a deal that would lead to peace talks and a withdrawal of U.S. troops from the country.

Pompeo told a news conference in Uzbekistan on February 3 that a deal was close but that they had been close before and failed because the Taliban was unable to prove it is serious about peace.

“We’re working on a peace and reconciliation plan, putting the commas in the right place, getting the sentences right,” Pompeo said.

“We got close once before to having an agreement: a piece of paper that we mutually executed and the Taliban were unable to demonstrate either their will or capacity or both to deliver on a reduction in violence.”

“So, what we are demanding now is demonstrable evidence of their will and capacity to reduce violence, to take down the threat, so the inter-Afghan talks…will have a less violent context,” he said. “We’re hopeful we can achieve that but we’re not there yet, and work certainly remains.”

Pompeo’s statement came two days after U.S. peace envoy Zalmay Khalilzad told Afghan President Ashraf Ghani during a visit to Kabul that there had been “no notable progress” in talks with the Taliban.
However, Khalilzad said he was hopeful of reaching a deal with the militants on a reduction of violence, without offering any time frame.

Khalilzad has held multiple rounds of talks with the Taliban in the Persian Gulf state of Qatar amid efforts to end 18 years of war in Afghanistan.

The militant group maintains a political office in Qatar.