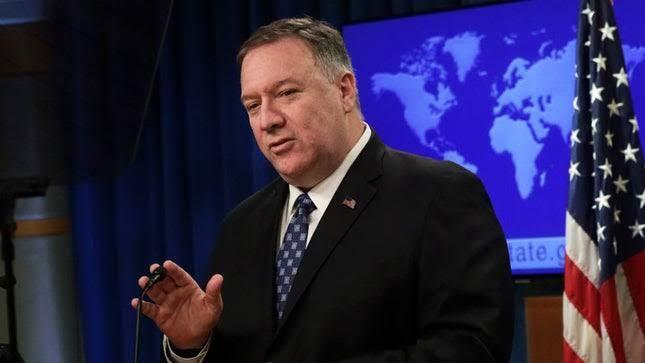 The United States opposes any efforts to create a parallel government in Afghanistan, U.S. Secretary of State Mike Pompeo said on Monday, hours after the country’s president and his main election rival held the parallel inauguration ceremonies.

“We strongly oppose any action to establish a parallel government, and any use of force to resolve political differences,” Pompeo said in a statement.

The statement by the US Department of State said that US strongly supports a unified and sovereign Afghanistan and is engaged in intensive efforts for peace.

“We welcome President Ghani’s statement at his inauguration March 9 that discussions and negotiations will continue for the next two weeks to come to an agreement on an inclusive government which unifies the country and prioritizes peace. We also welcome President Ghani’s announcement that he will issue a decree March 10 on Taliban prisoner release and the formation of a national team for intra-Afghan negotiations. We appreciate Dr. Abdullah’s statement March 9 underscoring similar commitments to peace and inclusivity,” the statement reads.

The statement added that the United States is working to achieve an agreement by the two sides and will remain steadfast in the effort to drive all parties toward that goal.

In Afghanistan’s previous election in 2014, the U.S. brokered a power-sharing deal between Ashraf Ghani and Abdullah Abdullah as president and chief executive, respectively.

Ghani was sworn in for a second term on Monday, in a ceremony attended by U.S. Special Envoy Zalmay Khalilzad and other international representatives, including NATO forces commander Scott Miller.

His political rival Abdullah, who contested the election results, held a parallel inauguration ceremony of his own at the Sapidar Palace.