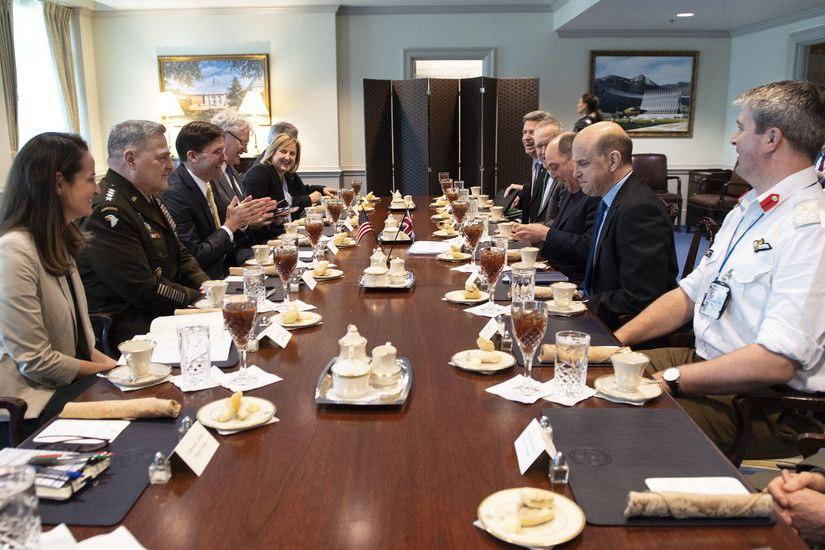 U.S. and United Kingdom defense leaders discussed a range of issues including China, Russia, Afghanistan and more during a Pentagon meeting on Thursday.

The two also discussed Afghanistan. In the news conference following the meeting, Wallace was asked about an op-ed that ran in a British newspaper saying the agreement with the Taliban was rushed and puts the sacrifice of those who fought in Afghanistan in question. The sacrifices may have been in vain.

Wallace said the service members from all nations who served in Afghanistan did so to try and to get peace. “I think the biggest betrayal to the young men and women of all the allies who lost their lives would be to not try and achieve peace, for the investment in the work that’s been done,” he said. “That’s what this process is trying to achieve.”

Wallace said he was reassured by Esper that the deal with the Taliban is conditions-based.

“On Afghanistan, we will remain in close consultation as the peace process moves forward and the all-important intra-Afghan negotiations commence,” Esper said.

He reassured Wallace that the United States will retain [in Afghanistan] “the necessary capabilities to protect our service members and allies and support the Afghan security forces. We will also ensure that a drawdown of U.S. forces is aligned with commensurate reductions by the UK and our other partners.”