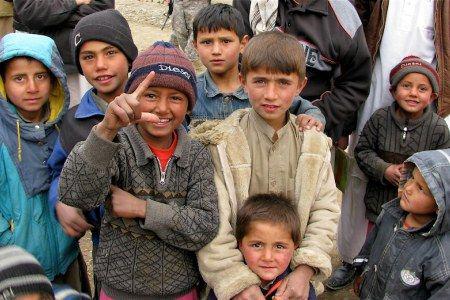 Deteriorating security across Afghanistan in the past four years led to over 14,000 “grave violations” against children, including nearly 3,500 youngsters killed and over 9,000 injured, according to a U.N. report circulated Thursday.

As per AP report, Secretary-General Antonio Guterres condemned “the alarming level” of grave violations committed by all parties and the fact that children “continue to bear the brunt of the armed conflict.”

Of serious concern, he said, is that the nearly 12,600 children verified to have been killed or injured in 2015-2018 represented almost a third of all civilian casualties. That was “an increase of 82 percent in child casualties compared with the previous four years,” he wrote.

Guterres said in his fourth report on children and armed conflict in Afghanistan that the rise was traced to “an increase in child casualties resulting from ground engagements, explosive remnants of war and aerial attacks.”

The U.N. chief said he is “extremely concerned,” especially by the number of children killed and injured as a result of “aerial operations conducted by government and pro-government forces.”

Government and pro-government forces were responsible for 30% of child casualties, he said.

Guterres said the U.N. also verified the recruitment and use of 274 children by armed groups and government forces, sexual violence against 13 boys and four girls, and 467 attacks on schools and education personnel.

The secretary-general said the actual number of children recruited and used in the Afghan conflict “is estimated to be much higher,” citing as an example allegations in 2016 that over 3,000 children were recruited, mainly by armed groups.

Similarly, Guterres said rape and other forms of sexual violence against children “is known to be underreported as a result of prevailing social norms, fear of retaliation and impunity.”

In a study by the U.N. political mission in Afghanistan between October 2016 and December 2017, he said, people in communities across Afghanistan “shared their perceptions that the use of boys for the purposes of sexual abuse and exploitation, including bacha bazi, by parties to conflict was common and widespread.” Bacha bazi is a practice in which wealthy or powerful men exploit boys for entertainment, especially dancing and sexual activities.