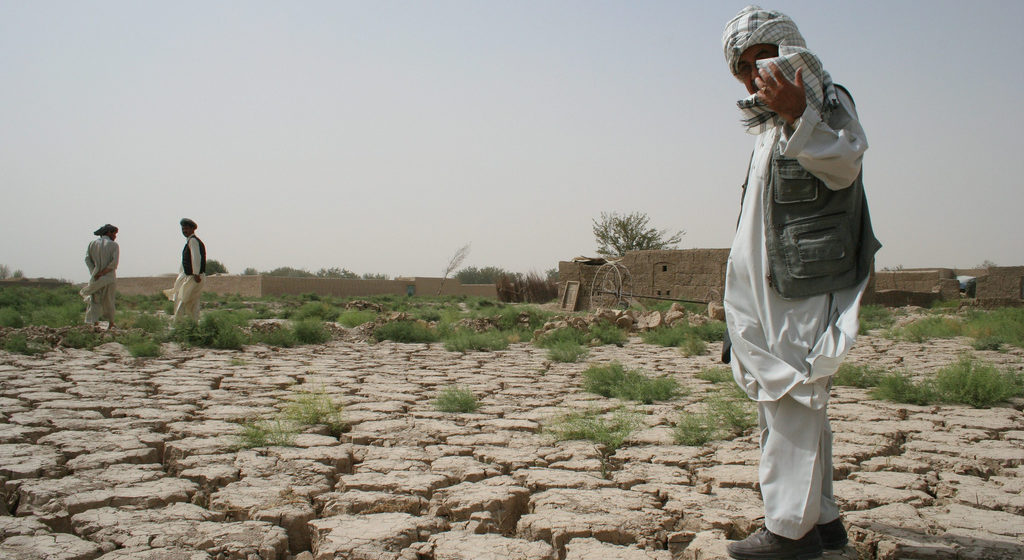 The Afghanistan: Humanitarian Response Plan (2018-2021) – Year-End Report Was recently published by UN OCHA which revealed that the country’s susceptibility to recurrent, extreme climatic shocks was reinforced in 2018 with what was described by many as the “worst drought in a lifetime”.

Afghanistan has already seen several consecutive seasons of low rain and snowfall due to a La Niña event. The report notes that this contributed to a precipitation deficit of more than 70 per cent across many parts of the country. “The drought – which impacted 22 provinces in total – had a particularly devastating effect on rural populations, many of whom depend on rain-fed agriculture for their livelihoods. With crops failing and limited water supplies, as well as increased malnutrition and illness, hundreds of thousands of people left their homes to seek help near major cities”, the overview said.

The impact of the drought meant that the number of People in Need (PiN) of international assistance was revised up twice – firstly from 3.3 million people to 5.5 million mid-year, and then to 6.57 million people towards the end of 2018. Based on projections from the Emergency Food Security Assessment (EFSA) and the IPC (Integrated Phase Classification of Acute Food Insecurity) it was expected that from November 2018 to February 2019, the total population in IPC Phase 3 and Phase 4 (crisis or emergency) would increase to 13.5 million or 47 per cent of the rural population.

The drought created enormous suffering and a number of challenges for the humanitarian response in the country, necessitating a substantial mid-term review of the Humanitarian Response Plan. The response was complicated by the fact that the “cause” of displacement was often a mix of drought, conflict and development issues, including chronic poverty which has reduced coping capacities.

There were only limited development or durable solutions provided in the early warning/initial phases of the drought. Similarly, while the drought response was rapidly scaled-up from the third quarter of 2018, activities and durable solutions to address the emerging threat of prolonged displacement in the West were not put in place before the end of the year. As a result, effective implementation of plans to support returns or transition to relocation sites where displaced people can establish durable solutions will be a major challenge for 2019, as per the report.

Despite the severe impact of the drought and the humanitarian community’s focus on drought-realated needs, conflict actually remained the largest driver of humanitarian need in Afghanistan throughout 2018. Ongoing hostilities across large parts of the country, including ground engagements, aerial operations, and use of improvised explosive devices (IEDs) continued to cause extreme levels of physical and psychological harm to civilian populations.

In the annual Protection of Civilian Report, UNAMA documented 10,993 civilian casualties (3,804 deaths and 7,189 injured), as a result of the armed conflict, representing a 5 per cent increase in overall civilian casualties and an 11 per cent increase in civilian deaths compared to 2017. An increase in mass casualty incidents, escalating hostilities and the dangers posed by unexploded ordnance all contributed to record-high numbers of trauma cases in 2018.

The situation in 2018 was further compounded by returns of Afghans from outside the country. While returns from Pakistan were at an all-time low, with only 46,300 recorded in 2018, 775,000 Afghans came back from Iran during 2018.

This new trend has been driven by a deterioration of the Iranian economy which has caused labour opportunities for Afghans to dry up. Of particular concern was the higher prevalence of vulnerable individuals among returnees from Iran, including unaccompanied minors and single women.

It was pointed out that the Afghanistan Living Conditions Survey (ALCS) estimates that 55 per cent of Afghans lived below the national poverty line in 2016-17 (compared to 34 per cent in 2007-08), which is measured as 93 cents per person per day.