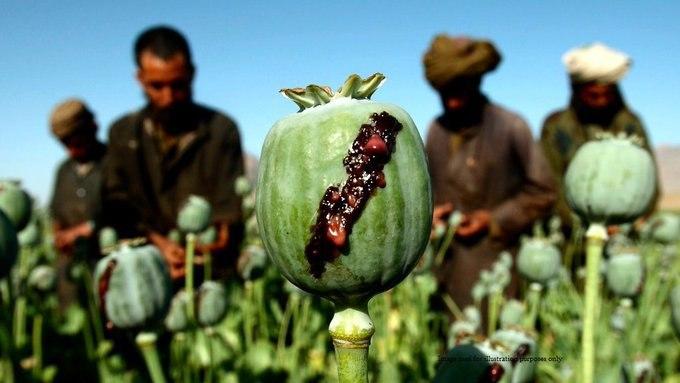 The UN World Drug Report showed a decrease in area of cultivation of opium in Afghanistan in 2019 and said that rapid market changes have seen synthetics such as methamphetamine grow in popularity.

Presented in six different booklets and covering various aspects of drug use, supply, markets and effects, the UN Drugs and Crime Office’s (UNODC) World Drug Report 2020 was released on Thursday.

Approximately 84% of the global opium production is in Afghanistan with supply chains running into neighbouring countries along the Balkan route and going as far as North America.

In 2019, Afghan farmer planted opium on 163,000 hectares of land which was 38% less than they did in 2018, the report notes. This was the second year in a row that the area under poppy cultivation declined in the country from the all-time high in 2017.

However, this was offset by the bumper yield due to optimal weather conditions, perfect timing of rainfall and the absence of plant disease. The 2019 harvest yielded 6,400 metric tons of opium, which was a 60% increase on average and resulted in the same production numbers countrywide.

All the main opium growing provinces saw significant decreases in the amount of land being cultivated. In Nangarhar it was 82%, Nimroz by 78% and Kandahar by 40%. This was mainly attributed to a 33% fall in the average farm-gate price per kilogram of fresh opium due to high yields in 2018 and market correction.

This shows that price remained the main signal for opium farmers on deciding how much of their land to cultivate, rather than any Afghan government efforts. Studies also showed that development gaps in health and education services, compounded by security issues drive farmers to engage in illicit cultivation.

Over 12% of the world’s opium and morphine was seized in Afghanistan, with the subregions of Central and South-West Asia accounting for more than 56% of the global seizures.

Market trends have also shown that methamphetamine usage in increasing in Afghanistan. It is frequently used along with opiates to manage and/or offset the negative side effects of the opiates.

Afghanistan has also seen the clandestine operations of methamphetamine labs in recent years in the provinces of Herat, most notably Ghoryian district which has high unemployment levels.

In 2018, Iran reported that that most of the methamphetamine found on its territory originated in Afghanistan since the Iranian production declined while Afghanistan’s rapidly increased.

Afghanistan follows Morocco as the second-most important source country of cannabis resin worldwide, and most of it is intended for distribution to neighbouring countries.