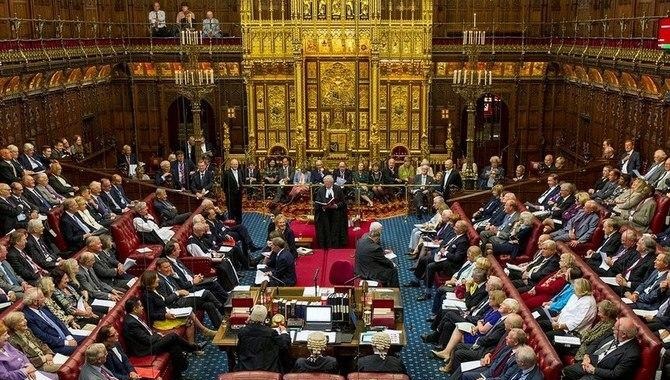 The House of Lords launched an inquiry aimed at exploring the U.K’s diplomatic, military and aid strategy for Afghanistan on Friday.

The upper house of the British parliament is “seeking evidence on the prospects for the implementation of the U.S.’ February 2020 agreement with the Taliban to withdraw forces from Afghanistan, talks between the Afghan government and the Taliban, and the wider geopolitics of the region” the official press statement said.

The chair of the International Relations and Defence Committee of the House, Joyce Anelay, said, “Following the U.K.’s active engagement in the fight against the Taliban and Al Qaeda between 2001 and 2014, the U.K. continues to have around 1000 troops stationed in Afghanistan in a non-combat role.”

She said that they were trying to find the effectiveness of the U.K.’s current and future engagement with Afghanistan in the context of the planned U.S. withdrawal announced as part of the Doha deal with the Taliban.

“We are seeking to look closely at the U.K. government’s role and aims in the country… The people of Afghanistan have suffered as a result of instability, conflict and underdevelopment,” she said.

The British government’s Department for International Development recently described Afghanistan as “one of the poorest countries in the world.”

“The U.K. has committed significant military, aid and diplomatic resources to Afghanistan since 2001, and has an ongoing interest in a sustainable political settlement being reached,” Anelay said.

The committee is seeking evidence to examine the U.K. government’s objectives of supporting the Afghan government’s progress towards a sustainable political settlement, its support for Afghan security forces, and work to build a viable Afghan state, through scrutiny of the UK’s military, diplomatic and aid polices.

The committee is asking for submissions of written evidence to be received by Sept. 7 with a scrutiny of the work of the new Foreign, Commonwealth and Development Office and the Ministry of Defence in Afghanistan.

The queries include questions such as an assessment of the prospects for the implementation of the peace agreement between the U.S. and the Taliban under the main contenders for the U.S. presidential elections.

They are also seeking insight into the assessment of the functioning of Afghanistan’s constitutional arrangements, the impact of COVID-19 in the country and the influence of the U.S. in Afghanistan.