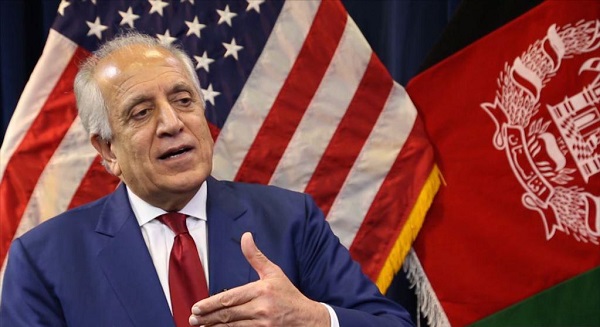 U.S. President Donald Trump’s top negotiator for Afghanistan will hold a briefing for the House of Representatives Foreign Affairs Committee, the panel said on Wednesday.

The House Foreign Affairs Committee said that Khalilzad will hold a classified briefing for the entire panel early on September 19.

Under an agreement reached between the panel and the State Department on Wednesday, the closed-door session will be followed by a public hearing on the administration’s Afghanistan policy with Alice Wells, the acting Assistant Secretary of State for South and Central Asian Affairs.

“While I would have preferred to hear from Ambassador Khalilzad in an open setting, I’m glad our members will have this long overdue opportunity to press for answers on the peace plan,” Engel said.

The Democrat-led House committee said it had been frustrated over the Trump administration’s failure to allow briefings by Khalilzad. Khalilzad has briefed members of the Senate, which is controlled by Trump’s fellow Republicans, but he had declined three requests to appear before the House committee.

The Foreign Affairs Committee issued a subpoena on Sept. 12, ordering Khalilzad to testify on Sept. 19.

Khalilzad had been negotiating with the Taliban for nearly a year on an agreement that would have most U.S. troops withdraw in exchange for assurances from the group that it would not let terrorists launch attacks against the United States from Afghanistan.

Trump, however, said Sept. 7 that he canceled the Camp David summit due to Taliban-claimed car bomb day prior in Kabul that killed a U.S. soldier and 11 others.

Trump has since described the peace talks as “dead.”

It was also followed by the exit of Trump’s national security adviser, John Bolton, who had opposed the plan. Trump announced on Wednesday that hostage negotiator Robert O’Brien would replace Bolton.

This comes as the Taliban on September 18 said “doors are open” to resuming talks with the United States despite continuing violence ahead of a presidential election in Afghanistan.

The Taliban’s chief negotiator, Mohammad Abbas Stanikzai, made the statement after two recent attacks claimed by the militants killed at least 48 people in the country.