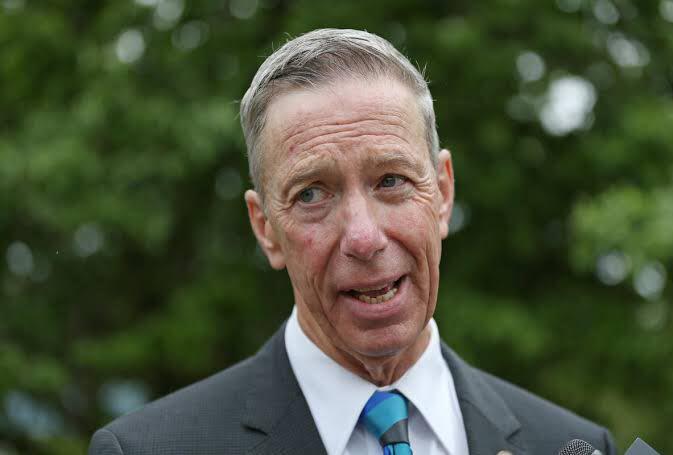 On Tuesday, Congressman Stephen F. Lynch, who is the Ranking Member of the Subcommittee on National Security, penned a letter to US President Donald Trump to emphasise and urge him to oppose any efforts towards privatising the U.S. military operations in Afghanistan with reference to m the privatisation proposal advocated by former Blackwater USA Chief Executive Officer Erik Prince in recent meetings with Afghan Government officials.

A per the statement on Congressman Lynch’s official website, the letter was duly signed by Full Committee on Oversight and Government Reform Ranking Members.

The statement added various points that Lynch included in the letter.

“The outsourcing of core military functions to a private security force comes at great risk to the safety of deployed U.S. military and civilian personnel in theatre, and will dramatically increase American spending on a war that the U.S. Department of Defense estimates has already cost American taxpayers more than $718 billion since 2001,” said Lynch.

“We strongly oppose the outsourcing of core U.S. military functions and combat missions to mercenaries employed by ‘for-profit’ corporate interests and we also believe that converting the world’s most effective fighting force into a commercial enterprise would tarnish the honor and diminish the sacrifice of those who have served our country. In total, acquiescing to Mr. Prince’s plan would gravely damage U.S. standing in the world,” added Lynch.

Erik Prince, according to the statement continues to promote his plan to privatize the war in Afghanistan by placing a private security force in Afghanistan to supplement the 2,000 U.S. Special Operations Forces. The statement on Lynch’s website quoted Mr. Prince’s reputation by the New York Times, which said about him: “made his sales pitch directly to a host of influential Afghans,” from “lowly militia commanders, to former cabinet officials and entrenched regional strongmen to several potential presidential candidates.”

“The outsourcing of core military functions in Afghanistan to private for-profit corporations sends the wrong message about U.S. commitments and will serve to further destabilize the country and degrade the security of U.S. military and civilian personnel stationed in the region,” wrote Lynch to Trump.

Recently, BBC held an interview with Afghan NSA Hamdullah Moheb who faced extremely tough questions in the course of the interview. One of them was with respect to Afghan government’s take on the privatisation proposal and Mr Moheb made it very clear that the National Security Council of Afghanistan has outrightly and simply rejected the idea or anything close to privatisation, saying “Our NSC’s decision on this matter is clear and it is that we will not allow businesses to turn our war into profit. It is [US help] an honorable cause and we appreciate our allies partnership but we are fighting terrorism and that’s not for profit.”

Erik Prince has been vociferously trying to lobby for his proposal on privatisation of the US war in Afghanistan and the economic and political milieu in the United States as of now is harshly inclined against the proposal, come what may. The security officials and leaders there have time and again made it clear that nobody is even considering Prince’s proposal.

Congressman Lynch’s letter is perhaps the last nail in the coffin for the privatisation proposal.