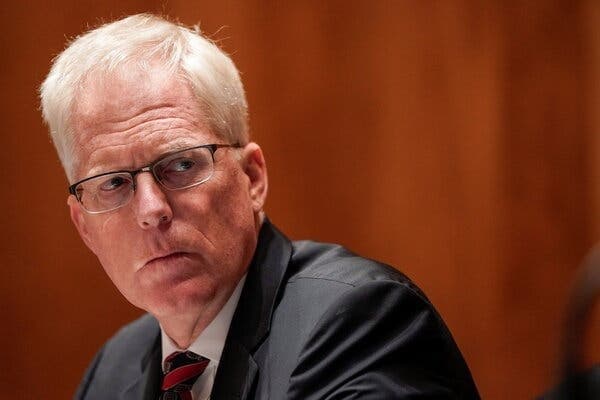 US Defense Secretary Signals Troop Drawdown Ahead: ‘All Wars Must End’

President Donald Trump’s new defense secretary signaled to the military in a late Friday message that he may be there to carry out one of the president’s early campaign promises, an overseas drawdown of forces in Iraq and Afghanistan.

“This is the critical phase in which we transition our efforts from a leadership to supporting role,” acting Defense Secretary Chris Miller said in a memo obtained by McClatchy. “We are not a people of perpetual war — it is the antithesis of everything for which we stand and for which our ancestors fought. All wars must end.”

As per Stars and Stripes, Trump in a tweet Monday had announced Miller as the replacement for fired Defense Secretary Mark Esper.

In the memo to the Defense Department workforce, Miller described at length the respect he has for the institution and the sacrifices made by thousands of men and women who have deployed to the Middle East since the Sept. 11, 2001, attacks. He said, “ending wars requires compromise and partnership. We met the challenge; we gave it our all. Now, it’s time to come home.”

It was the first indication of what direction the Pentagon may take in Trump’s final weeks in office, the uncertainty of which has raised concerns among career defense officials and the incoming Biden administration about what the changes mean — whether he is rewarding loyalists or trying to force through policies the department has resisted over the last four years.

Trump’s projected replacement, President-elect Joe Biden, has signaled he would be willing to withdraw US forces but only at the right time.

“Americans are rightly weary of our longest war — I am, too,” Biden said during a foreign relations panel earlier this year. “But we must end the war responsibly, in a manner that ensures we both guard against threats to our homeland and never have to go back.”

The firing and quick replacement of Esper had worried longtime defense civilian staffers, who wondered if there are major policy changes — such as a rapid withdrawal from Afghanistan or new counterterrorism action in the Middle East or the Sahel, or even a potential use of military forces on U.S. soil to contest the election results — on the horizon before the president departs.