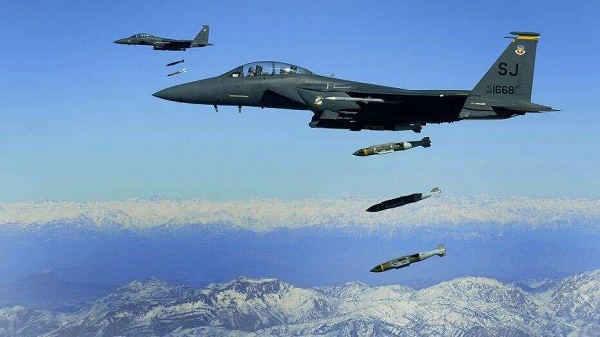 The U.S. dropped more bombs on Afghanistan in September than it has at any point since the past ten years, according to the US Air Force.

US Air Force reported, manned and unmanned American aircraft in September conducted 948 airstrikes, the highest total since the tally reached 1,043 in October 2010.

The US Air Force in August dropped 783 bombs, which had previously been the most munitions dropped in a month since November 2018, when 841 bombs were deployed.

So far this year, combined forces have conducted more sorties, or attacks, with at least one weapon release than they had since 2012 — 1,838 sorties compared to 1,974 in 2012, according to the reports.

The U.S. has released 5,431 bombs in both manned missions and drone strikes so far this year, compared to 7,362 munitions last year — meaning the branch could be on track to match that number or possibly surpass it this year.

In 2018, the Air Force released more weapons than it had since 2011, dropping 7,362 combined munitions, according to Air Force data.

The U.S. had nearly 100,000 troops on the ground by October 2010, as part of then-President Barrack Obama’s troop surge. Today, there are roughly 14,000 service members operating in Afghanistan.

So far in 2019, US manned aircraft have released at least one weapon during 1,838 sorties in Afghanistan—nearly four times as many as in 2018, when those sorties totaled 500. Other missions have also grown.

Overall, US operations in Afghanistan are running at a pace not seen in years. Seventeen US service members were killed in the country so far this year, up from 13 in 2018.

President Donald Trump halted peace talks between the US and the Taliban after a Taliban attack killed a US soldier in early September.

At a Pentagon 9/11 ceremony Trump said that the U.S. was hitting the enemy in Afghanistan “harder than they have ever been hit before.”

The Taliban reportedly met with U.S. envoy Zalmay Khalilzad in Pakistan on Friday, their first such meeting since Trump nixed the Camp David summit.