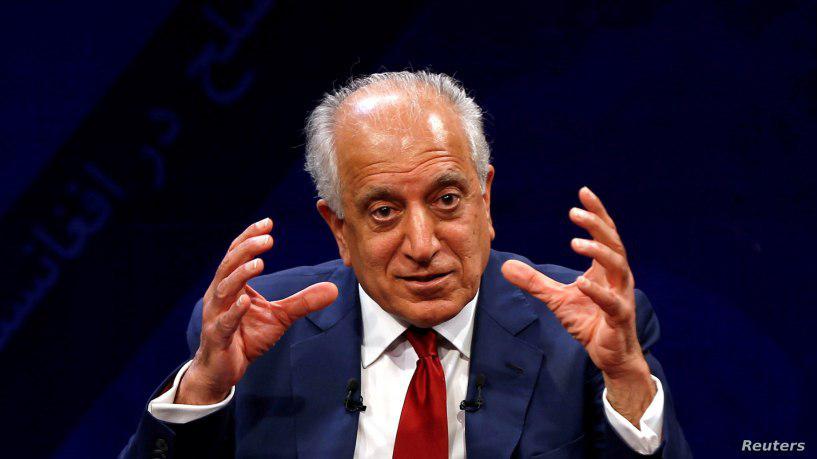 The Democratic chairman of the US House Foreign Affairs Committee subpoenaed the U.S. special envoy for Afghanistan Zalmay Khalilzad on Thursday, ordering him to testify about how months-long peace talks with the Taliban went off the rails.

“I’m fed up with this administration keeping Congress and the American people in the dark on the peace process and how we’re going to bring this long war to a close,” panel Chairman Eliot Engel said in a statement.

Special envoy Zalmay Khalilzad is being called to testify during an open hearing on Sept. 19.

“For months, we haven’t been able to get answers on the Afghanistan peace plan, and now the president is saying the plan is dead,” said Engel of New York. “We need to hear directly from the administration’s point person on Afghanistan to understand how this process went off the rails.”

Engel signed the subpoena after the State Department refused several requests to make Khalilzad available for briefings or testimony, according to a statement from the committee.

A spokeswoman for Representative Michael McCaul of Texas, the top Republican on the foreign affairs panel, said in an statement that Mr. McCaul was informed of the decision and that he hoped Mr. Khalilzad would testify. “Our committee members are eager to hear about the developments in Afghanistan, including the status of negotiations with the Taliban,” said the spokeswoman, Kaylin Minton.

The State Department did not immediately respond to a request for comment.

The committee had asked three times this year for Mr. Khalilzad to brief lawmakers on the administration’s plan to end to the 18-year war in Afghanistan, and each time the State Department declined. Mr. Khalilzad gave a closed-door classified briefing to members of the Senate Foreign Relations Committee in May in his first and only appearance before Congress since his appointment.

Lawmakers in the House took their complaints directly to Secretary of State Mike Pompeo in March, when he testified before the panel to present his department’s 2020 budget request.

“Members of Congress are concerned about the lack of communication between the State Department and Congress relative to our strategy and an update relative to the negotiations with the Taliban,” Representative Dean Phillips, Democrat of Minnesota, said then. He asked Mr. Pompeo to compel Mr. Khalilzad to appear before Congress.

“No, I’m not prepared to confirm that he will do that,” the secretary replied. “I’m happy to share with you our strategy, what the State Department has been tasked to do. When you’re engaged in complex negotiations, one needs to be really careful to make sure the contents of those negotiations stay within a very small circle.”

President Donald Trump revealed Saturday in a series of tweets that he had called off a meeting with the Taliban at Camp David after talks to end the war in Afghanistan fell apart. Trump’s national security adviser, John Bolton, left the administration this week over clashes on foreign policy.