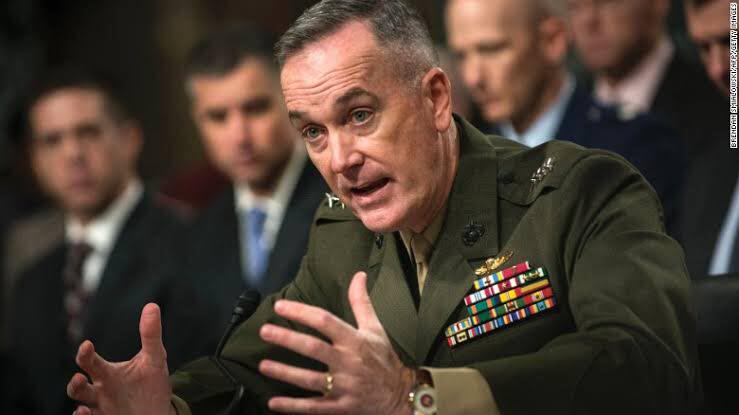 Joint Chiefs of Staff Chairman Marine Gen. Joseph Dunford while addressing a conference on Friday which was held by military reporters and editors at the Navy League headquarters, expressed that it is essential for US homeland security that US troops don’t withdraw from Afghanistan.

Dunford said that it is his concern for his country’s internal security that kept him sticking to the idea of having US and NATO troops help out in Afghanistan. He assured in his address that it was effectively the Afghan forces who are carrying out the fight in Afghanistan while “We are providing support to Afghan security forces,” he said.

This comes in the middle of various happenings in and about Afghanistan like the exaggerated rumour of US taking up Erik Prince’s proposal of privatising the war in Afghanistan or the slight pull back from US soldiers in terms of direct contact with Afghan soldiers as a result of “green on blue attacks”.