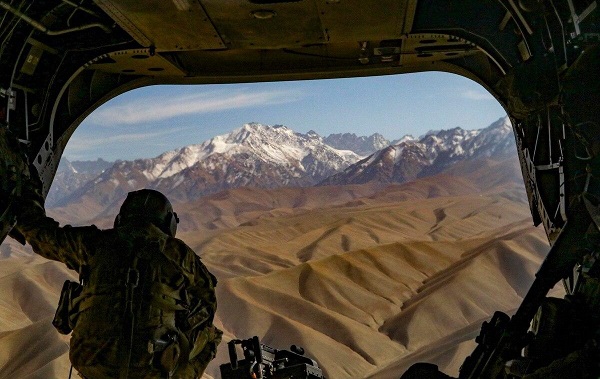 US Military Budget Request For Afghanistan Lowest In A Decade

With a $14 billion dollar budget request for fiscal year 2021, the U.S. military is set to spend its lowest amount on the 18-year long war in Afghanistan in nearly a decade.

As per the Military Times report, the overseas contingency operations, or OCO, funding request for Operation Freedom Sentinel was detailed in the Defense Department’s fiscal year 2021 request released on Monday.

The Defense Department detailed that the OCO budget request for Afghanistan “assumes a drawdown of forces.”

Secretary of Defense Mark Esper has said the Pentagon is considering reducing the American footprint in Afghanistan from 13,000 to 8,600 troops with or without a deal.

But depending on conditions on the ground and the results of the peace talks the FY21 request for Afghanistan could see an increase in its funding request.

“The Department will work with Congress on any budget adjustments as decisions are finalized,” the budget request reads.

In FY20, the U.S. military spent $17 billion on the dual Afghan train and advice and counterterror missions in Afghanistan, according to the OCO request.

Overseas operations funding for Afghanistan has generally trended downward since 2011.

In 2011, the U.S. spent $114 billion on OCO funds for the Afghan conflict, according to the OCO request.

The Afghan conflict appears to still be in a stalemate with Taliban forces unable to capture major population centers and Afghan forces struggling to hold sway over rural farmlands and countryside.

A December 2019 DoD report on Afghanistan detailed that sustained operations and high casualties among Afghan security forces was outpacing recruitment and retention.

But the Taliban have yet to achieve war goals of sacking a major provincial capital. As the U.S. and Taliban slog through never ending peace talks, violence has rocketed as combative sides jockey for leverage in the talks.

For the last two years, U.S. military officials have ramped up operations and bombing of Taliban positions to force the militant group into a settled negotiation.

While the U.S. continues to train and equip Afghan forces, it is seeking to drastically cut some support. A recent DoD report noted that the U.S. was planning to make steep cuts to the UH-60 Black Hawk program.

According to the report, Afghan forces are now slated to only field 53 Black Hawks — down from 159 UH-60s originally planned in 2016.