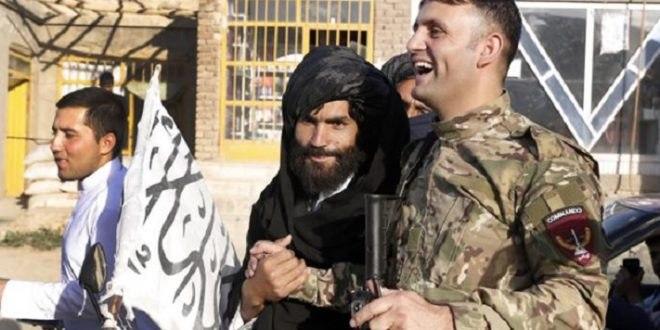 U.S. Special Representative for Afghanistan Reconciliation Zalmay Khalilzad welcomed the three-day Eid al-Adha ceasefire, along with NATO and envoys from the foreign embassies in Afghanistan.

Khalilzad also sent Eid wishes to the Afghan people for a “peaceful holiday.”

“Eid al-Adha is a time of charity and fellowship. Our hope is this Eid brings all Afghans together in understanding and mutual respect and one step closer to a sustainable peace.”

He also wished the Afghan security forces “continued honour in the service of the Afghan people and thank them for their commitment to Afghanistan. Eid Mubarak.”

“Afghans deserve to celebrate the holiday in peace. I look forward to both sides fulfilling their commitments and moving quickly to intra-Afghan negotiations,” Ambassador Wilson had tweeted last night.

Also, NATO welcomed the ceasefire in a tweet, saying: “It is an important step in the Afghan peace process that must lead to the earliest possible start of intra-Afghan negotiations. Afghan people deserve peace now.”

UN Assistance Mission in Afghanistan (UNAMA) said, “Further prisoner releases and reductions in violence should now pave the way for a quick start to intra-Afghan negotiations.”

The British Embassy in Kabul acknowledged the Afghan government’s “commitment to complete the prisoner exchange.”

“These steps now need to lead quickly to the start of intra-Afghan negotiations which are necessary for peace,” they said.

On Tuesday, the Taliban announced a three-day ceasefire during Eid al-Adha and the Afghan government reciprocated, telling troops to stand down and only react if attacked first.

The Taliban said they were willing to talk once the prisoner exchange was finished as a confidence-building measure.

While President Ashraf Ghani said they would complete the process soon, he had pointed that the violence had remained high since the signing of the Doha deal between the U.S. and Taliban.

U.S. envoy Khalilzad who was expected to stop at Pakistan in his recent trip to push for the intra-Afghan talks, has delayed his visit to Islamabad at the last-minute.
The embassy said he was “most likely to visit” Pakistan but did not confirm the date under the revised schedule.