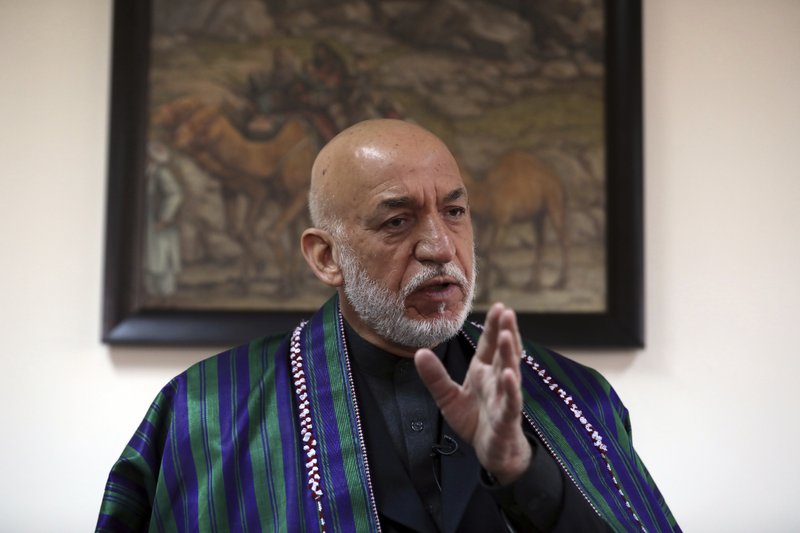 The recent floated U.S. draft for a deal between the Taliban and the Afghan government is the best chance to accelerate stalled peace talks between the country’s warring sides, former President Hamid Karzai said in an interview with the Associated Press.

After decades of war and conflict, the Afghans themselves “are in a hurry for peace” and eager to start to heal their nation, Karzai told the Associated Press.

Karzai told the AP that the proposed U.S. peace plan contains important provisions that could help bring peace to Afghanistan — with some revisions by both sides.

The former President stated that the U.S. proposal can shepherd a war-weary nation to elections; it protects rights of women and minorities, offers a way to achieve constitutional reform and proffers an interim administration.

In a letter to Ghani that accompanied the proposal, U.S. Secretary of State Antony Blinken said it is urgent Afghanistan’s warring sides find a peaceful end to a war that has gone on for nearly 20 years and cost the U.S. nearly $1 trillion.

Karzai said that Afghans themselves “are in a hurry for peace.”

“Peace is such a deep, deep, deeply desired wish of the Afghan people,” said Karzai. “You can’t imagine how much of a hurry we are in to reach peace for us and for our younger ones.”

He expressed hope that the U.S. proposal could serve as a catalyst for both sides to make peace perhaps even before May 1 — the deadline for a final U.S. troop withdrawal under a U.S.-Taliban deal reached a year ago.

For now, the talks in Qatar appear hopelessly stalled, with the negotiators still arguing over the agenda. Karzai did not elaborate on his cause for optimism.

Meanwhile, Washington is still reviewing the Taliban deal with the Trump administration, signed on Feb. 29, 2020. Blinken said in his letter to Ghani that a withdrawal of U.S. troops by May 1 was still on the table.

Karzai said he was against the May 1 withdrawal of U.S. and NATO troops, warning it would create chaos. He said it was in both Washington’s and Kabul’s interest to have a responsible exit.

Karzai added a peaceful Afghanistan is of interest to all its neighbors but particularly Pakistan, where the Taliban leadership has been headquartered and with whom Afghanistan has had a troubled relationship even as Pakistan still hosts 1.5 million Afghan refugees.