Latest Stories » US Planning To Withdraw 4,000 Troops From Afghanistan 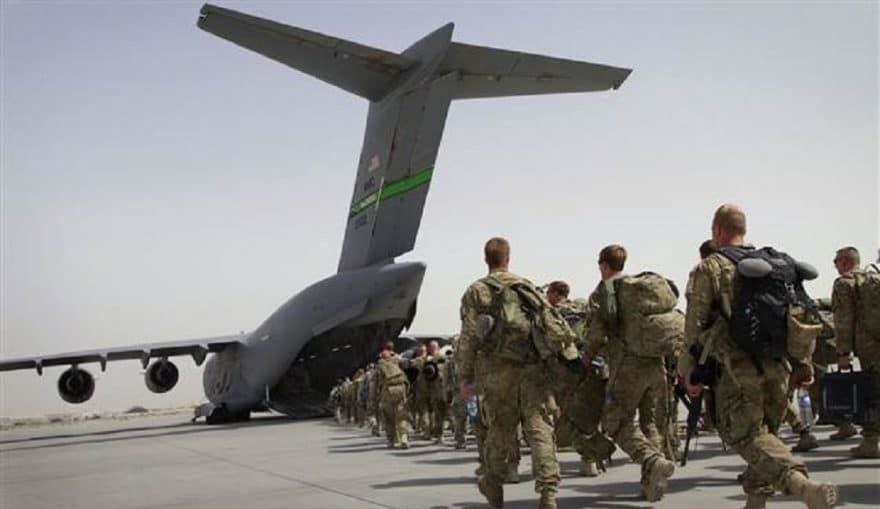 US Planning To Withdraw 4,000 Troops From Afghanistan

The administration of President Donald Trump is finalizing a decision to withdraw more than 4,000 troops from Afghanistan by fall, two officials told CNN.

The intention is to pave the way for the complete drawdown of all American troops by mid-2021, as decided by the Doha peace agreement between the U.S. and the Taliban.

It is unclear when the withdrawal of the 4,000 additional troops will begin, reports CNN.

U.S. Secretary of Defence Mark Esper discussed the plan with NATO allies during last week’s meetings and it was revisited when he met Secretary General Jens Stoltenberg in Brussels.

“We will also follow up on our discussion on Afghanistan. NATO will continue to adjust our presence in support of the peace process This will be done in close coordination with Allies and partners,” Stoltenberg had said.

Many have also expressed concern that the U.S. is withdrawing too quickly as Trump has voiced support for the troops to be back home as soon as possible.

“It is the prerogative of the President if he thinks that the conditions have been met and we could do it faster,” Zalmay Khalilzad, the U.S. Special Representative for Afghanistan Reconciliation, said earlier in June when asked if Trump could possible pull out before the November 2020 elections.

“But the key thing is that whether the conditions have been met, and I think that is the most important issue, and we are monitoring that very closely,” Khalilzad had assured.

Under the Doha agreement, the withdrawal is conditional on the Taliban fulfilling its obligations of cutting ties with other militant organisations who use Afghan territory to threaten the West, and pursue intra-Afghan negotiations for peace.

However, there has been an uptick in Taliban violence in Afghanistan which has endangered the peace process. Moreover, people are concerned that reducing the troops would leave the U.S. struggling to carry out missions.