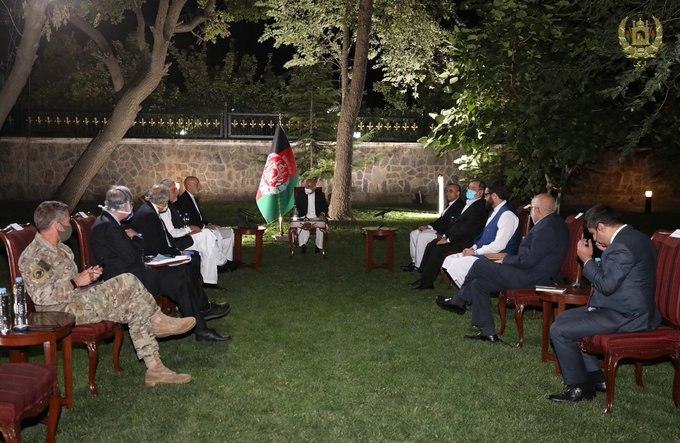 US Proposes Solution For Release Of ‘Most Dreaded’ Taliban Prisoners

Reuters reports that the U.S. has proposed that the Taliban prisoners, the Afghan government is reluctant to release, be transferred to house arrest in a supervised facility, thereby ending the deadlock that is holding up the peace talks.

The Taliban members who would be supervised, would include the detainees who were facing moral and criminal charges for carrying out some of the bloodies attacks and crimes in Afghanistan.

Three senior diplomats spoke to Reuters and said this proposal had been presented to the warring parties in the past week.

Both, the Taliban and the Afghan government would surveil the house arrest facility.

“The Americans and their allies agree that it would be insane to let some of the most dreaded Taliban fighters walk out freely… forces arrested them for conducting some of the most heinous crimes against humanity,” a senior western diplomat in Kabul told the news agency.

U.S. Special Representative for Afghanistan Reconciliation Zalmay Khalilzad arrived in Kabul after his trip to Qatar, to talks to Afghan leaders and push for the face-to-face negotiations to start.

President Ashraf Ghani announced the release of 500 Taliban prisoners who were not on the group’s list.

In their past few messages, the Taliban leadership has been insistent on its demand for the release of the prisoners as mentioned on the list – some of whom were senior members of the Haqqani Network, and others responsible for the 2017 blast targeting the German Embassy in Kabul.

Reuters spokes to a number of sources to gauge the situation and the solutions and the mid-way detention facility was recommended by Khalilzad.

Other ideas were to release he prisoners without publicly announcing it, agreeing to release the prisoners shortly after the negotiations start, or persuading the Taliban to compromise on the most contentious 200 prisoners.