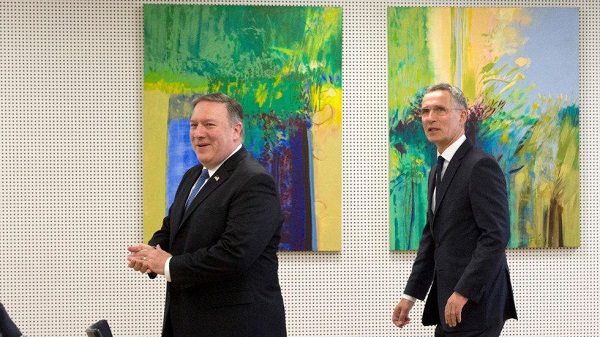 US Secretary of State In Brussels to Talk Afghanistan With NATO

US Secretary of State Mike Pompeo headed to Brussels on Monday to discuss a proposed Afghan peace deal with the NATO chief and seek fresh engagement with new EU leaders after months of tensions.

Pompeo will talk about Afghanistan with alliance Secretary General Jens Stoltenberg on Tuesday, a day after the US envoy leading efforts to strike a deal with the Taliban to end 18 years of war showed the draft peace agreement to the Kabul government.

Under the deal, the US will withdraw troops from five bases in Afghanistan within about four months of it being approved, provided the Taliban stick to their commitments, though President Donald Trump last week said America would maintain a permanent presence with 8,600 troops initially in any event.

A NATO official said Stoltenberg and Pompeo would discuss “current security issues and preparations for upcoming meetings”, including the alliance’s summit in London in December.

“We expect they will also discuss the peace process and the NATO-led mission in Afghanistan,” the official said.

NATO ended its combat mission in Afghanistan in 2014 but maintains some 16,000 troops on a mission to train, advise and assist local forces.