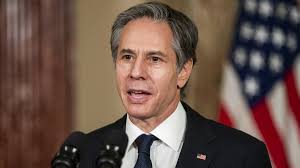 US Secretary of State Antony Blinken in a letter to President Ashraf Ghani and the chairman of High Council for National Reconciliation Abdullah Abdullah presented suggestions on Afghan peace process, Tolonews revealed.

In the letter, the US Secretary of State stated that Washington asked the United Nations to convene foreign ministers and envoys from Russia, China, Pakistan, Iran, India, and the United states to discuss a unified approach to supporting peace in Afghanistan.

“It is my belief that these countries share an abiding common interest in a stable Afghanistan and must work together if we are to succeed,” the letter reads quoting Secretary Blinken.

According to the letter, the United States will ask the government of Turkey to host a senior-level meeting of both sides in the coming weeks to finalize a peace agreement.

Mr. Blinken has also asked the US Special Envoy for Afghanistan Reconciliation Ambassador Zalmay Khalilzad to prepare and share written proposals to President Ghani and Taliban leaders aimed at accelerating discussions on a negotiated settlement and ceasefire.

“These proposals reflect some of the ideas included in the roadmap for the peace process that Ambassador Mohib shared with Ambassador Wilson. In sharing these documents, we do not intend to dictate terms to the parties. Rather, the documents will enable the Islamic Republic and the Taliban to move urgently to the tasks of developing a) the foundational principles that will guide Afghanistan’s future constitutional and governing arrangements, b) a roadmap to a new, inclusive government; and c) the terms of a permanent and comprehensive ceasefire,” the letter said.

“We share your view that every effort must be made to reduce the high levels of violence in Afghanistan, which are exacting and unacceptable toll on the Afghan people and deeply undermining efforts to achieve peace. We have prepared a revised proposal for a 90-day Reduction-in-violence, which is intended to prevent a spring offensive by the Taliban and to coincide with our diplomatic efforts to support a political settlement between the parties. I urge you to positively consider the proposal, which Ambassador Khalilzad will share with you,” the letter added.

The US Secretary of State emphasized that unity and inclusivity on the Islamic Republic side are essential for the difficult work that lies ahead.

Blinken asked Afghan officials work together to further broaden the consultative group such that Afghans regard it as inclusive and credible; to build consensus on specific goals and objectives for a negotiation with the Taliban about governance, power-sharing, and essential supporting principles; and to agree on overall tactics and public messaging that will demonstrate unity of effort and purpose.