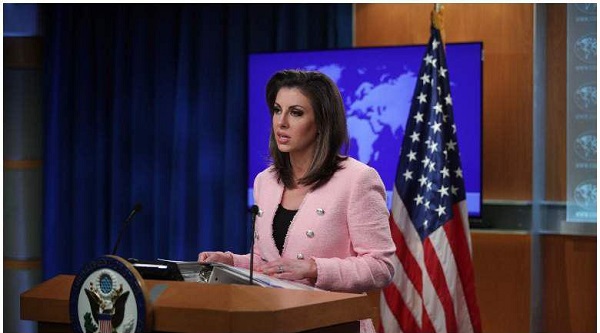 US State Department Urges Afghan Govt. & Leaders To be Transparent, Accountable to People

The US State Department says that Afghan government institutions and leaders must be transparent and accountable to the Afghan people, and urged the candidates and voters to be patient and not prejudge election outcomes.

“We expect Afghanistan’s institutions to take all necessary steps to ensure the election, including the investigation of complaints and tabulation of results, is transparent and credible to Afghan voters and the international community”, US State Department spokesperson said in a statement.

The statement on behalf of the United States congratulated the courage of Afghan voters who showed up at the polls despite technical challenges and threats of violence. It also commended poll workers and the Afghan security forces who worked to secure voters and polling sites for their courage.

“We categorically condemn all attacks on voters and other efforts to undermine the election”, said the statement adding that “these attacks stand in stark contrast to the aspirations of the Afghan people for peace, security, and economic stability”.

Moreover, the spokesperson in statement further said that they are expecting an announcement of authoritative results by the Independent Election Commission (IEC), and urged candidates and voters not to prejudge the outcome of the election or speculate on partial returns.