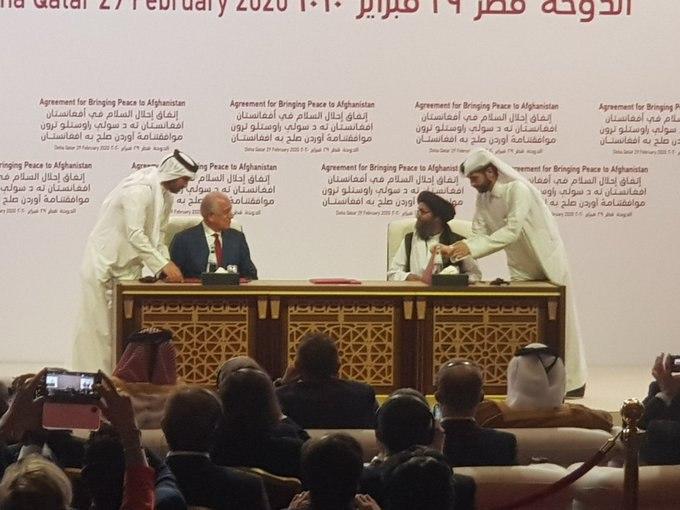 The agreement was signed following a successful weeklong period of a reduction in violence which was announced on February 22.

During the signing ceremony, US Secretary of State Mike Pompeo said, “Effort only became real when the Taliban showed interest in pursuing real peace and ending their relationship with Al-Qaeda and other foreign terrorist groups. Agreement that we will sign today is the true test of this effort.”

“We will closely watch Taliban for their compliance with their commitments and calibrate the pace of our withdrawal with their actions. This is how we will ensure that Afghanistan never again serves as a base for international terrorists,” Pompeo added.