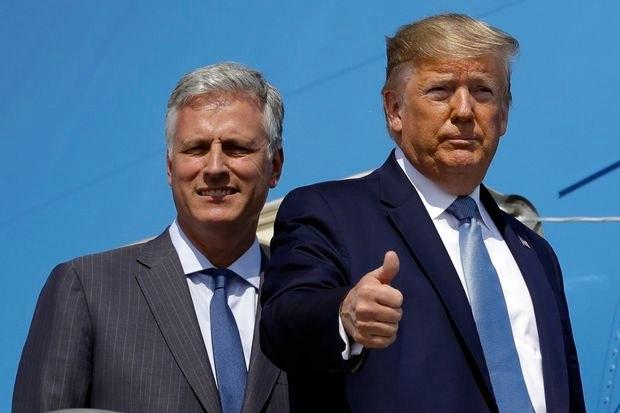 After Joint Chiefs of Staff Gen. Mark Milley’s public scepticism about the White House’s announcement, National Security Adviser Robert O’Brien doubled down on his assertion that the number of U.S. troops in Afghanistan will shrink to 2,500 early next year.

“I think what the president was doing is, he was expressing the same desire I think every president since the Revolutionary War has said,” O’Brien said during an online event hosted by the Aspen Institute on Friday.

“Whenever we’re at war, whether it was the Revolutionary War, the Civil War, World War I or World War II, all presidents … want the troops home by Christmas.”

Confusion about the troop withdrawal schedule began with President Donald Trump’s tweet that all American troops in Afghanistan “Should” be home “by Christmas” despite the May 2021 timeline set by the U.S.-Taliban agreement.

“That has been suggested by some that that’s speculation. I can guarantee you that’s the plan of the President of the United States.”

In an interview last week, Milley had stressed that future troop reduction would be “deliberate,” “responsible” and “conditions-based” depending on the Taliban’s adherence to the agreement signed in February. He had said he would not speculate beyond saying that there are 5,000 to 6,000 U.S. troops in the country now and that number would be reduced to 4,500 in November.

“I think that Robert O’Brien or anyone else can speculate as they see fit,” Milley had told NPR. “I’m not going to engage in speculation. I’m going to engage in the rigorous analysis of the situation based on the conditions and the plans that I am aware of and my conversations with the president.”

O’Brien reiterated that it was not his “practice to speculate.”

O’Brien added: “That’s not speculation, that’s the order of the commander-in-chief, the Department of Defence is working on those plans and Secretary [Mark] Esper is fully on board and implementing them.”

However, media officials spoke to U.S. officials on Friday who said the Pentagon had not received any order to cut troops to 2,500.