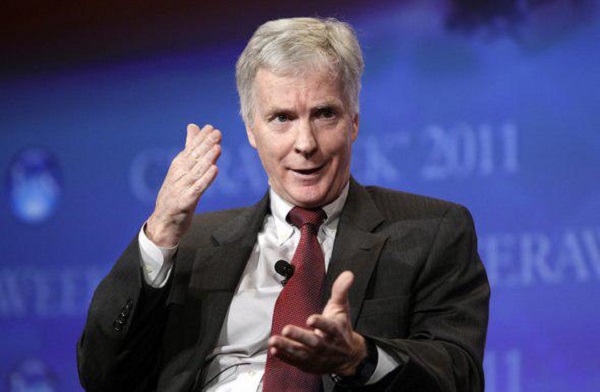 White House Should Stop Rush For Exit From Afghanistan: Crocker

The former US ambassador to Afghanistan Ryan Crocker says the U.S. does not have to turn into a defeated country in Afghanistan, urges the White House to stop the ‘rush for the exits.’

“We shouldn’t think we’re losing this war. We’re not. The Afghan government is not. There are 34 provinces in Afghanistan. Do you know how many of those provincial capitals the Taliban control? It’s a nice round number: it’s zero.”

Crocker, who served as ambassador to Afghanistan from 2011 to 2012 stated that US should not be willing to make an agreement on the Taliban’s terms.

“We’ll need to return to some kind of political process but it will have to be on a very different basis, it will have to have the Afghan government up front.” Crocker said, “If the Taliban won’t deal with that then we are just going to have to wait until they are ready to deal.”

“Remember that Afghanistan gave us the worst disaster we have seen on American soil in our entire history, we do not want to hand it back to the people who did that,” said Crocker.

Previously, Nine former U.S. ambassadors have warned that Afghanistan could collapse in a “total civil war” if the United States withdraws its forces before a “real” peace deal involving the Kabul government is reached with the Taliban.

“A major troop withdrawal must be contingent on a final peace” and “should follow, not come in advance, of [a] real peace agreement,” the former diplomats said in a joint statement released on September 3 by the Atlantic Council think tank.

“The initial U.S. drawdown should not go so far or so fast that the Taliban believe they can achieve military victory,” they said.

About 20,000 foreign troops, most of them American, are now in Afghanistan as part of a U.S.-led NATO mission to train, assist, and advise Afghan forces. Some U.S. forces carry out counterterrorism operations.

The Taliban have refused official talks with Afghan President Ashraf Ghani’s government, and the nine former U.S. officials cautioned against any action that would undercut the Western-backed government in Kabul.