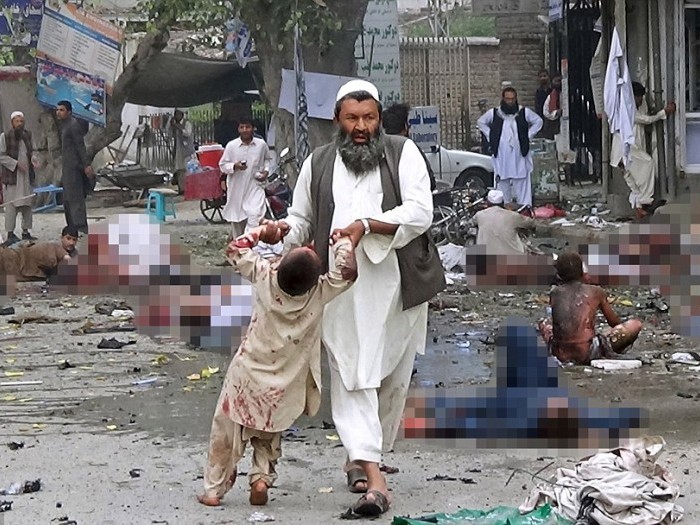 With Casualty Toll at 8050, UNAMA Turns Focus on Civilian Casualties and Anti-Election Instability

The United Nations Assistance Mission in Afghanistan (UNAMA) in a press release issued some key figures that reflect the effects of anti-government activities in Afghanistan.

In the statement, it was pointed out that in the entire year of 2018 so far, there have been anti-establishment activities that have led to 8,050 civilian casualties (2,798 dead and 5,252 injured)

Tadamichi Yamamoto, the Secretary-General’s Special Representative for Afghanistan and head of UNAMA said in this respect: “As there can be no military solution to the fighting in Afghanistan, the United Nations renews its call for an immediate and peaceful settlement to the conflict to end the suffering of the Afghan people,” and also added, “All parties can and should do their utmost to protect civilians from harm, including by making concrete progress toward peace.”

The report by UNAMA has indicated that leading cause if civilian casualties has been combined use of suicide and non-suicide improvised explosive devices (IEDs) by anti-government elements.

UN report: From 1 Jan – 30 Sept, anti-government elements caused 5,243 civilian casualties, 65 per cent of all civilian casualties and approximately the same as in the first nine months of 2017. Full details here: https://t.co/wZQgYxw7Wt. pic.twitter.com/glZuDc8oWZ

It was pointed in the statement that “for elections-related violence and fighting in the city of Ghazni, UNAMA’s latest findings indicate that Nangarhar, Kabul, Helmand, Ghazni and Faryab were the provinces most impacted by the conflict. For the first time, Nangarhar surpassed Kabul as the province with the most civilian casualties in the first nine months of 2018, more than double the number recorded during the same period in 2017.”

Danielle Bell, UNAMA’s Human Rights Chief expressed that “The worrying rise in civilian casualties in Nangarhar reflects an unacceptable trend that is indicative of how Afghan civilians continue to bear the brunt of this ongoing conflict.”