Kabul: Adding to the criticism faced by US President Joe Biden regarding his announcement of withdrawal of troops by September 11, US Republican Utah Senator Mitt Romney on Thursday said that the decision will have “serious consequences”.

Romney, who is a member of the Senate Foreign Relations Committee, criticized Biden’s decision after attending a Senate briefing with administration officials about the withdrawal plan on Wednesday. He added the decision will harm US national security and human rights in the Middle East. 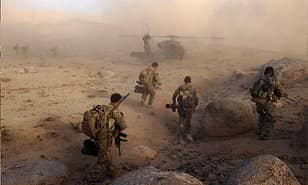 “Following today’s frank and candid briefing from Administration officials, I believe that the President’s plan to withdraw all American troops from Afghanistan by September is an error that could have serious consequences for our national security interests,” Romney said in a statement.

Like other security experts have suggested, including Biden’s own generals, Romney recommended that the US maintain a small number of troops in Afghanistan to keep violence at bay. Without an American military presence, the Taliban will allow Al Qaeda and ISIS to flourish,” he said.

Earlier too, many security have said that a hasty exit from Afghanistan might lead the country to fall into the wrong hands even as a peace agreement is yet to be finalized.