Kabul: Vahid Majrooh, the Acting Minister of Public Health, on Tuesday warned the country that the third wave of the coronavirus (COVID-19) pandemic is at our doorstep, mentioning that the daily positive cases being reported in Afghanistan is also increasing.

A a joint press conference with the Minister of Hajj in Kabul, Majrooh said that the third wave will be far more dangerous than the second and first waves of the outbreak.

The acting Minister of Public Health also said that during the third wave of the coronavirus outbreak, Afghanistan is facing an “unequal war” and will not be able to do it alone. He called on the people to cooperate with the health sector and the government. 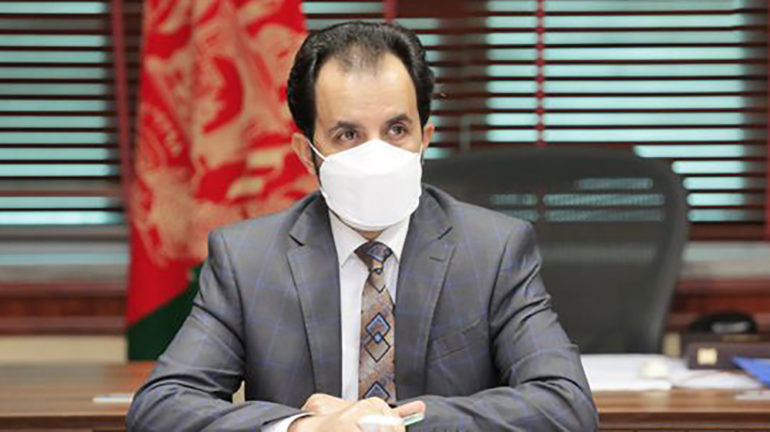 Emphasis was given on following the healthcare guidelines and recommendations, including observing social distance, wearing a mask and washing hands.

The Ministry of Public Health on Monday had announced that it will take a slew of measures to prevent the outbreak including suspending all Indian flights, imposing travel restrictions on the Pakistan-Iran border, night curfews, preventing gatherings and activating emergency committees.

The third wave of COVID-19 is yet to hit the country; however, the ministry is cautious in its approach. Osman Taheri, a public relations adviser at the Ministry of Public Health, added that if “the situation in Afghanistan deteriorates”, the third wave will be officially announced.

Since the outbreak of the virus in Afghanistan, 59,225 positive cases have been registered. Of those affected, 2,598 died and 52,520 recovered.