Kabul: While the Afghan government is fully prepared to attend the Turkish summit, they want regional and global guarantees on peace, said Amrullah Saleh, Afghanistan’s first vice-president in an interview with the BBC.

“We want global and regional guarantees of peace because the world owes Afghanistan. Because the deal that is being made should not mean that a group has entered from a window to seize, coup, kill and conspire,” Saleh said on Thursday.

Amrullah Saleh stressed that the most important point of the Afghan President’s plan for peace is that “peace should not be a 25-person deal, but should be digested by the entire Afghan society”.

“Peace should not be an ethnic, regional, linguistic, group or intellectual authority, and the authority of the entire Afghan nation should be represented in it. Peace must end for all reasons of war,” he added.

Speaking to a BBC correspondent in Kabul, Saleh said that “peace is not possible in a hurry” and that President Ghani’s peace plan was the “deepest” plan he had ever seen.

Afghan President Mohammad Ashraf Ghani has drafted a three-phased peace roadmap called “Final Achievement” and outlined it two days ago at a ceremony at the presidential palace.

Ghani mentioned the early elections and his non-candidacy in this election in the proposed plan. 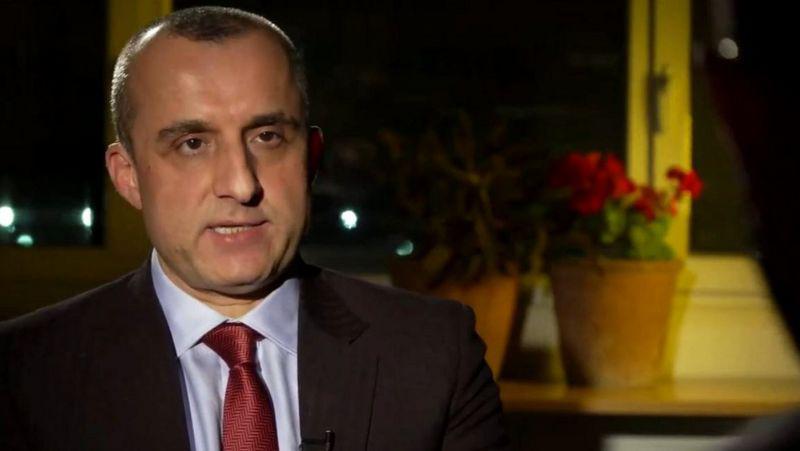 Saleh called the election the most sensible part of the plan. “Ashraf Ghani, the President of Afghanistan, is the spokesperson for the national conscience today,” he added.

Asked if he was under pressure from the United States, he said, “Whether we like it or not, our country is ours … At the end of the day, we respect our national feelings and our people, and we move in line with our nation.” Saleh also spoke about the multiplicity of plans within Afghanistan and said he was confident that the country would present a single plan at the Turkish summit.

Ghani’s Vice-President also said the Taliban had no plans for peace. “If you consider the Taliban, you will see that they are a noisy, and unplanned group that we saw in the Moscow summit. They had nothing to say, but insult,” he said.

He said that if the Taliban presented its peace plan, then it would be judged. “But so far what we hear from Taliban is violence, war and killing.” Turkey’s “crucial” meeting on peace in Afghanistan is scheduled for April 16 in Istanbul.

The meeting will last for ten days as per reports and will try to get the Afghan government, the Taliban and various political groups to agree on Afghanistan’s “political future”.

The Istanbul Summit has been pinned as one of the most important meetings on the future of peace in Afghanistan, in which the international community expects Afghan groups to agree on an end to the war and the “formation of a transitional peace government” in the country.