Kabul: After the Taliban claimed responsibility for the attack on the Kandahar airfield on April 7, the Pentagon stated that even though no casualties were reported, the attack is a threat to fragile peace discussions in the country.

Preliminary reports showed the rockets landed outside the perimeter of the airfield, with no casualties and no damage, Pentagon spokesman John F. Kirby said on Wednesday. Kandahar has served as a key airfield for the US forces and has been the headquarters of Train, Advise, Assist Command-South, with American and NATO forces based on the installation.

With the May 1 deadline to withdraw foreign troops from Afghanistan soil round the corner, the Taliban has warned of more bloodshed if the deadline is not met. The Taliban in a statement said, “the (insurgent) commission for military affairs can take all necessary steps to defend itself and the local population if these operations (by Kabul) are not immediately suspended”. With more operations and clashes being reported, human rights groups too are worried about the civilian casualties increasing due to the rising violence. Both warring factions alleging that they have inflicted massive casualties in clashes and counter-clashes, even as the two are likely to discuss the Afghan peace process in the imminent Istanbul Summit in April. 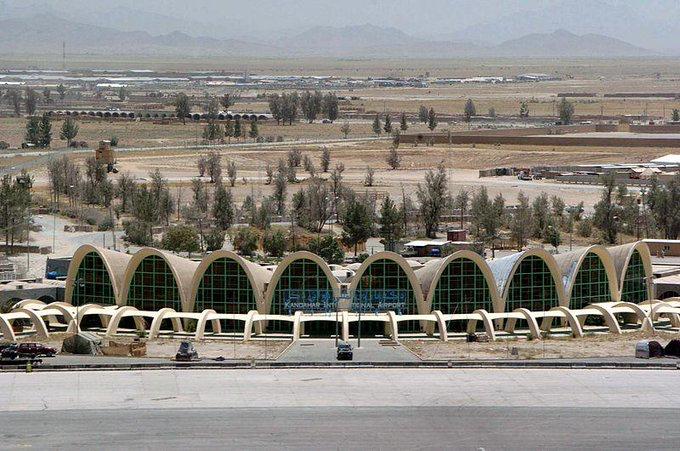 “We always have the right of self-defense for our troops, but our focus right now is on supporting a diplomatic process here to try to bring this war to a negotiated end with an enduring peace,” Kirby said. Kirby added that the US military needs to do a fuller assessment of “what happened and why, before any potential operational decision is made” to respond.

Kandahar has hosted scores of USAF aircraft, including A-10s, E-11s, F-16s, KC-135s, C-130s, and MQ-9s, among others. Also, the US forces in Afghanistan said the “airfield operations have been transferred” to the Afghan government, but said “there are still US and NATO troops present.”