Kabul: Mohammad Masoom Stanekzai, Chief Negotiator of the Islamic Republic of Afghanistan in a meeting with the special representatives of the Afghanistan peace supporting countries in Qatar said that the attacks on the cities, which is against all international rules and standards, has caused a humanitarian crisis in Afghanistan.

“These attacks have created a climate of mistrust between the two negotiating sides. If Taliban are ready for a serious discussion in the negotiations, why they don’t present their plan for a common political future? The Afghan government has made much efforts to reach an outcome to be acceptable to the Afghan people in result of the negotiations, but it seems that the Taliban are using an exclusivist approach to use excuses and deception to reach a political agreement,” he said.

Stanekzai added that everyone believes that a military solution isn’t the right and rational option to achieve a lasting peace, but the Taliban prefer war and repeat it. While negotiations are under way, how can the Taliban justify their actions by targeting cities, civilians and killing innocent people in Afghanistan? “The intervention that is currently taking place in Afghanistan with a huge number of foreign fighters poses a serious threat not only to Afghanistan, but also to the region,” he said.

He said that Afghanistan should not become the center of conflicting interests of other countries. While consensus among Afghan politicians is important and improving under the leadership of the President of Afghanistan, at the same time in order to achieve a lasting and dignified peace in Afghanistan, creating unity and consensus among the international community to prevent the intervention on expediting the war, continue civilian killing, and destroying of Afghanistan is very crucial, he added.

Also, 1st VP Saleh, said that the Minister of Hajj and Endowments has now been instructed to open the gates of mosques to all our displaced compatriots who have come to Kabul due to the terror of the Taliban. “I instruct all the security forces and the police that no one can prevent these needy families from entering the mosques. Worship is nothing but service to the people. No human heart can bear the heartbreaking scenes of women and children under the scorching sun. Displaced and fleeing compatriots – Kabul is your home. Our houses are open to you. Move to the nearest mosque,” he said.

Meanwhile, the European Union said on Tuesday it was eyeing more support for Afghanistan’s neighbors as a senior official warned fighting could force half a million people to flee abroad.

“The first priority is to continue to provide the best possible support according to the means available to those countries that are the most affected,” a senior EU official said. “So it’s important to continue strengthening direct support to those countries and the different types of organizations, non-governmental organizations or international organizations that are present in the field and providing assistance to displaced persons and refugees.” The 27-nation bloc is nervously watching as the Taliban sweeps across the conflict-wracked country as foreign troops depart. Brussels fears the violence could lead to a repeat of the 2015 crisis that saw around a million migrants – many from Syria – arrive in the EU and sparked major political problems at home. 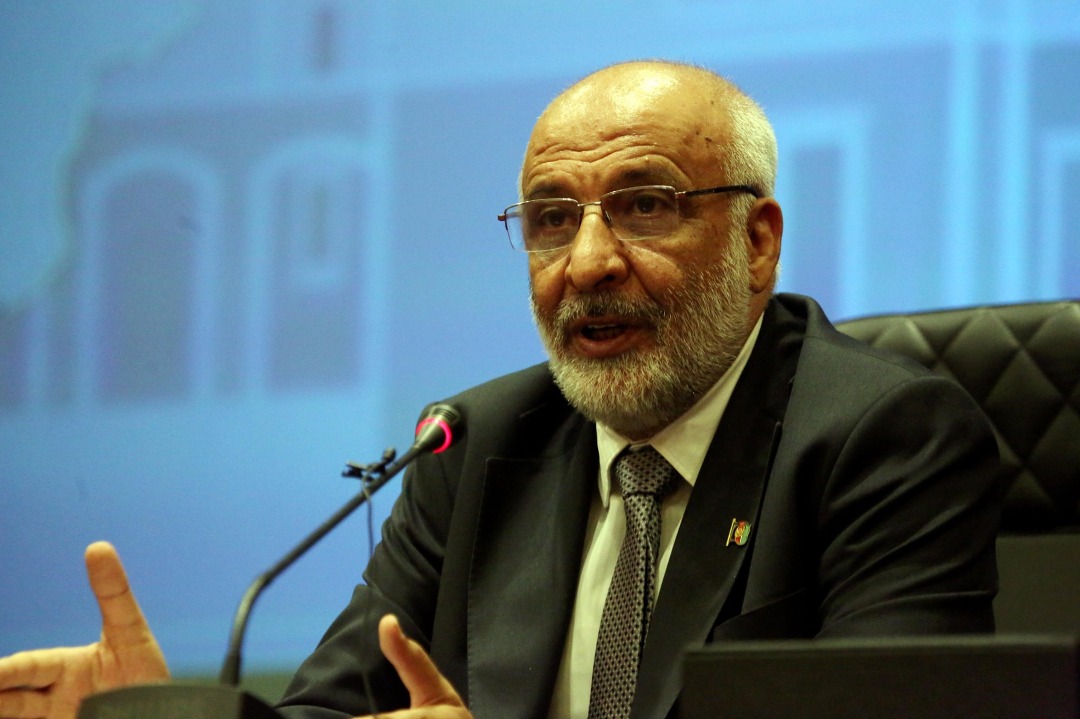 The United Nations says that so far this year there have been no “large-scale displacements” across Afghanistan’s borders despite the Taliban’s advance. And the EU official said that the number of arrivals from Afghanistan since the start of January was around 4,000, 25 percent lower than in 2020. But another official from the bloc said the UN estimated that 500,000 people could be pushed to leave Afghanistan for neighboring Pakistan, Iran and Tajikistan as the situation deteriorates.

The UN says that Iran and Pakistan already host “more than two million registered Afghan refugees in total” after decades of conflict in the country. While the bloc hopes to stave off a massive influx of people, an official said that Brussels was working to help resettle Afghans who worked for the EU.

“We are in intense cooperation with all our member states, to make sure that our local agents and their dependents may either if they wish go to a European Union member state or go to another state in the region,” the official said. The EU’s ambassador to Kabul currently remains in Afghanistan despite the deteriorating security situation and officials insist the bloc aims to maintain its diplomatic presence. Officials said that nine member states also have functioning embassies still working in the country.

Also, Save the Children is extremely concerned for around 36,000 children displaced by clashes in Afghanistan’s northeastern city of Kunduz. Save the Children staff in Kunduz said at least 60,000 people have fled their homes amid gunfire, airstrikes and explosions after conflict escalated in Kunduz over the weekend. Children injured by airstrikes and shelling have no access to proper medical care, the agency warned. Aid agencies are currently unable to access the displaced families with food or medicines. Christopher Nyamandi, Country Director of Save the Children Afghanistan, said, ““Our staff in Kunduz tell us the situation is becoming more and more desperate. Families have been forced to flee their homes and gather in safer areas of the city, where they are living out in the open under tarpaulins with the sound of gunfire and explosions all around. Children injured in the blasts have no access to medical care. They have nothing to eat. They are hungry and traumatized.”

“Airstrikes are ongoing in Kunduz, putting even more children’s lives at risk and causing a great deal of distress to families living outside. Basic services like water, healthcare and schools have shut down. Markets have been destroyed and are now mostly closed, leaving families without anywhere to get food.

“A war zone is no place for a child, and we’re extremely concerned for the safety of children living without shelter, food or basic medical care. We urge all parties to put an end to the violence and protect civilian lives, especially those of children – and respect the obligations under international humanitarian law. All efforts must be made to come to an enduring peace settlement so that Afghan children, who have already lived their entire lives through war, can grow up in a country free of violence and hunger,” Nyamandi added.

In fact, even AIHRC said that numerous displaced families, especially women and children, across the country are in urgent need of shelter, food, clothing and medicine.

“Displacement, along with the outbreak of the Corona virus, has made drought, unemployment and poverty life more difficult than ever for the people of Afghanistan, especially those displaced by war and insecurity. Given this difficult situation, the Afghan Independent Human Rights Commission (AIHRC) calls for more and more serious attention from the government, the international community, and domestic and international aid agencies to address the immediate and fundamental needs of the displaced. One of the lasting harms of war is the displacement of more children and their deprivation of education,” their statement said.

The Commission reiterated its call on the United Nations and the international community to use all available means and capacities to stop the war and to resume peace talks in order to prevent a wider humanitarian catastrophe in Afghanistan.

Ministry of Public Health (MoPH), twenty medical teams have been assigned to provide services to the displaced in Kabul. Dr. Wahid Majrooh, Acting Minister of Public Health, in an emergency meeting with Dr. Abdul Karim Tutakhel, Deputy Head of the Presidential Affairs Office, representatives of the Ministry of Emergency Situations and Kabul Police discuss and exchanged views how to reach IDPs from war-torn provinces.

The Acting Minister of Public Health assured the ministry’s measures to take care of the displaced, saying that 20 medical teams along with 50 ambulances have been assigned to provide medical services in the displaced camps.

He said that there is very good coordination between the health departments and the aid agencies, and all the health departments have been mobilized to serve the needy, especially those who have been affected by the war. The Acting Minister of Public Health called on all health workers to be very kind to the displaced patients because they have suffered severe psychological damage and need compassion and consolation. On the other hand, Dr. Abdul Karim Tutakhel, emphasizing the joint cooperation of the Department of Public Affairs with the Ministry of Public Health and relevant institutions for the care of the displaced, said that creating shelter for the displaced is our priority and we are trying to prepare a specific place for them.

The Deputy Director of Cohesion Affairs thanked the leadership of the Ministry of Public Health for its efforts to control the third wave of the Corona virus and praised the ministry’s work. Also, the representative of the World Health Organization who was present at the meeting said that the Health Organization is ready for any cooperation with the Ministry of Public Health, especially in this critical situation.