Provincial Governor Abdul Saboor Qane said that dozens of Taliban fighters gathered in Ghoryan district from various provinces and launched an attack against the district on Wednesday night. Qane added that the Taliban used a vehicle-borne improvised explosive device (VBIED) to launch the attack, however, the ANDSF eliminated the VBIED before it reached its target.

Qane said that a clash started between the ANDSF and Taliban after the VBIED was eliminated, where 20 insurgents, including seven members of Taliban’s Red Unit were killed, and 10 others were wounded. Qane admitted that an ANDSF member was also killed and three others were wounded, during clashes.

Meanwhile, the Ministry of Interior (MoI) stated that an ANDSF member, named Mirwais, targeted the VBIED and failed “enemy” intention to reach its target, whilst knowing that he was in danger. The MoI added that Mirwais is in good condition.

Meanwhile, hundreds of residents of Paktia province, including religious scholars, tribal elders, jihadi commanders, and youth, held a gathering on Wednesday to announce their support for the republic and the ANDSF. Participants described the ongoing war as illegitimate and intelligence in nature, and emphasized on the need to support the ANDSF and fight terrorists, who kill the Afghan people and destroy public infrastructure at the order of foreigners, and not to allow them to achieve their evil objectives.

However, local officials in Paktika province accused the Taliban of blowing up a major bridge with an improvised explosive device (IED), situated along the Sharana to Urgun highway. The officials added that the incident has closed the highway to cargo trucks. The Taliban have yet to comment on the report.

In Faryab, local officials announced the establishment of the System [government] Support Council, in line with President Ghani’s directive.

Provincial Governor Enayatullah Kamal said that the Council is aimed at identification, cohesion and mobilization of facilities and capacities in political, social, economic, and cultural affairs, in press, social media, public opinion, legal issues, services, development, and other resources at the provincial level, in order to support the ANDSF, increase recruitment of the youth in the ANDSF ranks, strengthen coordination and cooperation between provincial military and civilian agencies, and enhance local accountability to gain further public support.

Chairing the first meeting of the Council, Kamal urged council members, religious scholars, elders, and head of government agencies to do everything possible to help implement the Council objectives, to gain further public support.

Representative of the Ulema Council, Mawlawi Gul Ahmad Munib, gave assurances that religious council are standing by the ANDSF. Provincial council member Abdul Manan Qate urged the public to support the system and ANDSF, during these sensitive circumstances.

Meanwhile, hundreds of local residents of Dawlat Yar district, Ghor province, including jihadi commanders, mobilized voluntarily to announce their support for the ANDSF, and vowed to fight the Taliban and defend their country.

Leading the mobilization, Member of Parliament (MP) for Ghor province Abdul Zahir Tamim said that supporting the ANDSF is the religious and citizenry responsibility of the people, and gave assurances that the public will not allow the Taliban to disrupt the current system. Provincial Governor Abdul Zahir Faizzada said that the Taliban are mercenaries of foreign intelligence and added that public mobilization in support of the ANDSF and republic will lead to the defeat of the Taliban. 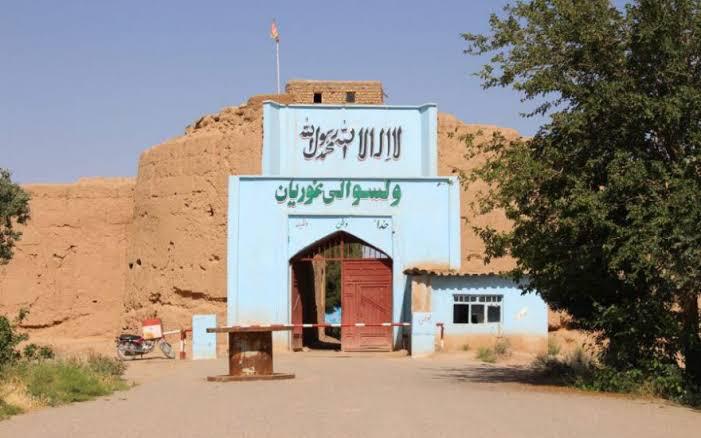 Faizzada accused the Taliban of seeking only violence and destruction, who have created tremendous challenges for locals they rule, and highlighted that public mobilization demonstrated that the Taliban are unacceptable to the Afghan people. Faizzada claimed that the Taliban transport to Pakistan all weapons and ammunition they capture.

Meanwhile, religious scholars held a gathering in Jalalabad city, Nangarhar province, on Thursday, demanding that the Taliban stop the “illegitimate” war and agree to ceasefire. The scholars welcomed the latest conference of Islamic scholars in Saudi Arabia, and added that the Taliban must stop fighting and make peace, to honor Islamic teachings. Provincial Hajj and Religious Affairs Director Mawlawi Mohammad Daud Mujahid urged religious scholars to inform the public through mosques about the recent announcement of religious scholars in Saudi Arabia, which stated that the fighting is illegitimate and is only killing Afghans. Clerics accused Pakistan of supporting the war to destroy Afghanistan’s existing system, called for jihad against Pakistan and public support to the government.

In other news, Aref Rezaei, the head of the Association of International Transport Companies of Herat Province in Afghanistan, said that trade relations with Iran continue despite ongoing conflicts between Taliban and government forces. “There are no problems or clashes on the border taking place at Dogharoon and in Herat province,” Aref Rezaei said on the sidelines of a meeting between the two associations of international transport companies in Afghanistan’s Herat and Iran’s Khorasan Razavi. Rezaei said, “Currently, the situation in the region is calm and in the last few days, no clashes have been reported in different districts (cities) in Herat province, and the travels on the border between Islam Qala and Herat city are going on fully securely.” The head of the Association of International Transportation Companies of Herat, Afghanistan also said that currently, about 450 trucks cross Dogharoon border crossing between Iran and Afghanistan.

Meanwhile, President Ghani officially launched the distribution of 10,000 pieces of land to the families of ANDSF and religious scholars’ martyrs. First Vice-President Amrullah Saleh said that the land will be distributed to the families of those martyrs, who have sacrificed themselves to defend the country’s dignity.

Saleh added that in the first phase, the 10,000 pieces of land will be distributed across Kunar, Nangarhar, Laghman, Panjshir, Kapisa, Kabul, and Khost provinces and that work is ongoing to identify land for distribution in other provinces. President Ghani said that the act is a small part to compensate for their sacrifices, whilst it demonstrates that the government is committed to supporting the ANDSF. Ghani gave assurances that the government remains committed to the transparency of the process and the martyrs’ families will observe it.

Ghani directed the Ministry of Urban Development and Land to identify land across the country to be distributed to the remaining martyrs’ families and share its report with relevant officials, as soon as possible. Ghani added that the land-grabbers will have no place in the process and urged relevant agencies to digitalize the process to prevent its misuse.